TOT ROCKET AND THE TWINS: Childsplay for Tot (1980)

Text by Tom Bingham, based on correspondence and a telephone conversation with Robert Michael Poss, 1980
Introduction by Robert Barry Francos, 2010
© FFanzeen
Images from the Internet

The following article, written by Tom Bingham, based on a correspondence and a telephone conversation with Robert Michael Poss, originally appeared in FFanzeen #6, from 1980.

Robert Poss is, and has been a musical figure in the New York scene since he first arrived, all those years ago. He has been recorded his own music under Western Eyes, Tot Rocket and the Twins, and then the Band of Susans. Now a solo artist, he has numerous releases under his belt now, most under his own Trace Elements Records imprint. Last year he worked with Rhys Chatham’s group at the Metropolitan Museum of Art for an exhibition, and I’m happy to now reprint this piece about him. – RBF, 2010 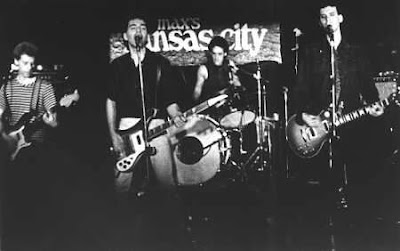 The record doesn’t look very promising, housed as it is in a horribly printed, ugly blue picture sleeve, the only distinguishing feature being song titles and the name of the band – Tot Rocket and the Twins, itself not a particularly provocative appellation. 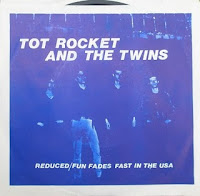 The music, however, is another story. To be frank, Whiplash 45-107 hasn’t met with universal approval, but my ears tell me that the A-side, “Reduced,” is as spontaneous a blast of rock’n’roll energy as I’ve heard in sometime. The more heavy-metallic B-side, “Fun Fades Fast in the USA,” bogs down through 5:47 of constant repetition of the awkwardly alliterative title phrase. But the potential is obviously there; the possibilities for further growth and the development of a distinctive lyrical/musical outlook already apparent.

Tot Rocket and the Twins was founded in Connecticut in 1979, but the quartet’s roots go back several years earlier and a few hundred miles to the west. Three of the four members – Robert Michael Poss (Tot Rocket – “My friends call me “Tot”), lead guitar/vocals and writer of “Fun Fades Fast in the USA”; Andrew Halbreich, harp/guitar/vocals and writer of “Reduced”; Ron Spitzer, bass/vocals, went to Amherst (NY) Central High School and played in a number of pickup bands in Buffalo during the mid-‘70s. They gained a modicum of local attention at that time under the name Nothing New, though prior to the formation of the Twins, they hadn’t played together for several years.

Following Poss’ enrollment at Wesleyan University in Middletown, Connecticut, the Twins lived and worked in New Haven for a while. As Tot explains, “I wanted the band to have access to both Boston and New York, but away from the scene.” Although the Twins have since relocated to New York, they’ve retained their New England following, playing clubs in New Haven and Boston, and picking up considerable airplay in Boston and Providence. 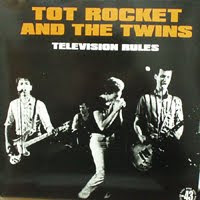 The record was done at the band’s own expense while they were still in Connecticut, for the small Whiplash label (the label also recorded Killer Kane, among others). The Twins’ original drummer dropped out some time before the recording session, so Connecticut drummer Lou Farace was added for the record as a temporary fill-in. After moving to New York, Mitch Phillips joined as permanent drummer.

Unlike so many new bands, the Twins have a realistic idea of how the music business operates, and what it takes to get a new band off the ground. As Poss points out, “The first record was designed to be promotional, getting our name around to everyone we thought might be interested. We’re presently struggling to break into the New York club scene, which is not an easy matter. Skeptical, hardened, disinterested, trendy club owners seem to be the rule rather than the exception. Most of them seem to be interested in the band’s ‘draw,’ their ‘following’ – in other words, how much beer they’ll sell - rather than their sound or artistry. But, of course, it would be naïve to expect otherwise. The clubs in New York are taking fewer risks. They’re not taking unknown bands, but major-label acts and packages; even places like Max’s and CBGBs. There are new clubs opening up which book new bands, but so many records are coming out that having a record is no longer a foot in the door. We are being booked, however, and the response has been universally favorable.” 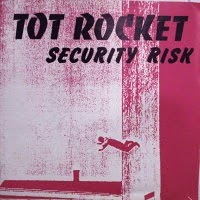 One of the most noteworthy aspects of Tot Rocket and the Twins is the political nature of many of their lyrics, an aspect which has been played down somewhat by most reviewers. Poss stresses that he would like “someone to review ‘Fun Fades Fast,’ mentioning that it’s about product-dumping, imperialism, the Nestle boycott, nuclear power, etc.” “Reduced” concerns itself with the loss of identity, personal dignity, and self-respect in an increasingly computerized, dehumanized society as a whole. Other songs, which appear on their upcoming EP, such as “Sacrifice,” “Employment Line” and “What Did You Expect?”, likewise probe many of the ways society, on its various levels, repress the individual.

One might conclude that Tot Rocket and the Twins is an overtly political band, perhaps an American equivalent to the Clash or Gang of Four. But according to Tot himself, “We wouldn’t call ourselves a political band. We, as individuals, are connected with these issues in everyday life, so we communicate that.”

Nonetheless, one can infer at least a quasi-political intent from the following excerpts of a carefully considered letter (which Tot refers to as an “Ideological piece”) Robert Michael Poss wrote to a review for the leftist paper, In These Times, reproduced here because of the degree to which Poss crystallizes the thinking of a certain segment of the New Wave: 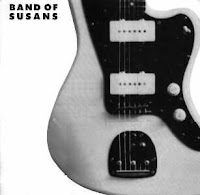 “Our single… financed by our day jobs (we were working as janitors) represents the growing trend away from capital-intensive mono-cultural corporate ventures (e.g., disco and mainstream pop) towards more personal, regional or decentralized cultural statements. Without denying that success and acceptance is the goal of many New Wave performers, and that the financial pressures of running a band and releasing a record often inevitably lead to absorption into co-option by the mainstream recording industry; New Wave, in its essence, remains fundamentally non-corporate. The new young bands and the place in which they play represent a resurgence of an amateur idea, especially when contrasted to other forms of commercial music.

“It is a truism that one gets into trouble making extensive claims about the heroism of current rock and roll. Except for the Sumer of ’77, which in itself was less a threat than a promise, punk/New Wave has neither toppled the musical establishment or the larger sub-cultural milieu – but it has transformed it. The question asked and eventually abandoned by the Rolling Stones find both their echo and their answer in the Clash. Current music can provide and is providing what the proponents of so-called ‘political music’ are groping for: a progressive message fused to an appropriate musical form which yields an exciting and vital art form… Electric rock and roll need not consist of mindless misogyny and conspicuous hedonism.”

On the basis of their debut single, Tot Rocket and the Twins have yet to fully master that “exciting and vital art form.” The desperate excitement engendered by “Reduced” tends to obscure the message of the lyrics, unless one listens very closely or follows a lyric sheet (which is not provided). On “Fun Fades Fast,” the clarity of the lyrics is given greater emphasis, but on occasion, the words get in the way of the music; for example, “Why stop the poison when you can make the poison pay” makes its point clearly, economically, and unmistakably – but it doesn’t exactly trip lightly from the tongue. 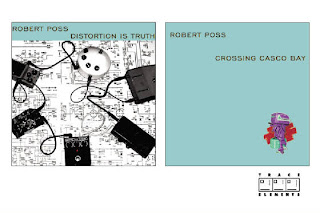 Tot, however, feels the more recent songs resolve the problems by balancing lyrics and music to a greater degree. “Our new material is in many ways much stronger. I feel more comfortable with that material than with the record, and I’m confident we’ll be able to take off with it. Although the intensity is fully preserved and sometimes enhanced, there is an element of greater melodic depth to much of the material. I think it’s catchier. Not that it’s pop; perhaps it’s the balance between ‘catchy’ and ‘intriguing,’ more clearly struck.”

Their next release, a four-song EP, should tell how accurate Poss’ self-assessment is, and should also give an indication of how swiftly and in what direction the band is developing. There’s no question that the desire and determination are there. But desire and determination do not necessarily lead to mass appeal, particularly when there’s a message attached. At this point, Tot Rocket and the Twins are well worth encouraging, with at least one solid rock’n’roll tune (“Reduced”) to its credit. And that’s not a bad start at all.
Posted by Robert Barry Francos at 12:01 AM