These are not the cliched 1880's looking kinds of places, but towns where the economy has dried up and either everyone or nearly everyone has moved out. Some towns had no residents, some had just a few. Many of the houses were left wide open and ranged from either ransacked at some point, or actually relatively intact.

Here is the first part a photo journal of the trip, with photo descriptions. The photos can be enlarged by clicking on them.

Conquest is not actually a ghost town, but we stopped because we found it interesting. It is however, a very small town, as the sign attests.

The town welcoming sign in the shadow of the grain elevator. Once a common icon in nearly every town in the prairies, many of these elevators are being torn down, replaced by modern metal silo styles by larger agribusiness, converted into local museums and galleries, or just abandoned until they fall down. They can be seen for miles. 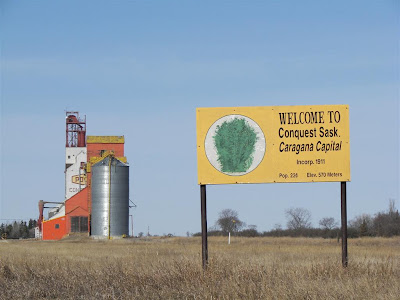 There is very little around the elevator these days. 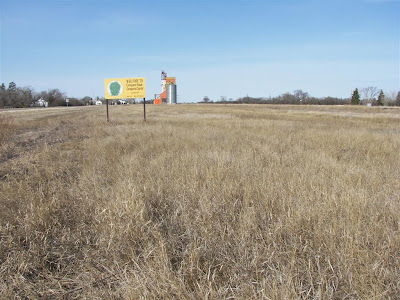 The railroad track passing the elevator, with the side for loading there now overgrown. 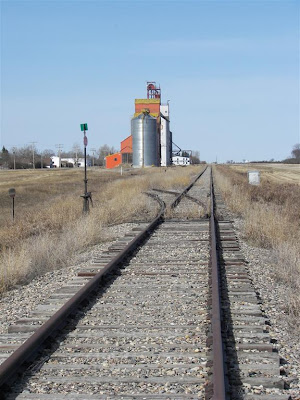 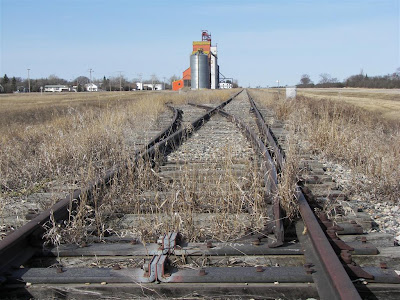 The local dealership, now closed. Note the car still inside. 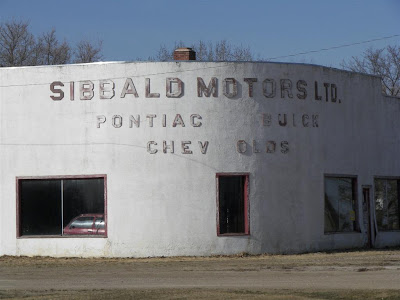 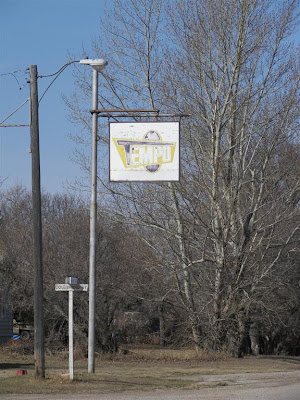 It was spelled correctly on the other side of the sign. 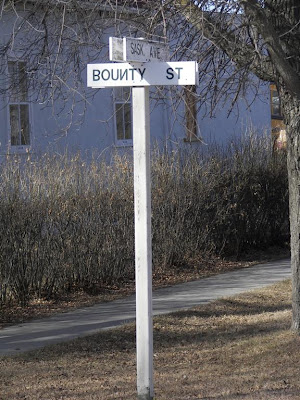 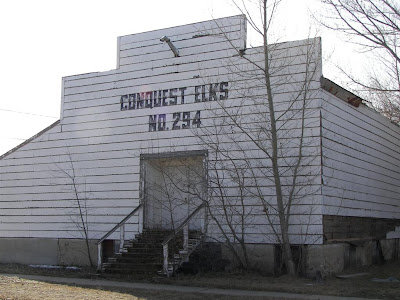 The one-car fix-it garage. There is a stacked pen near the garage door for small animals. Fresh food and water was in one of them (though no animal), and an empty bottle of soda pop in another. 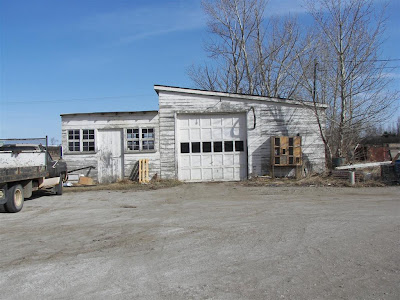 Coop general store. The Easter decorations are still up nearly two weeks after. 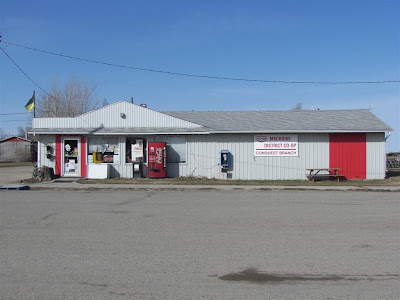 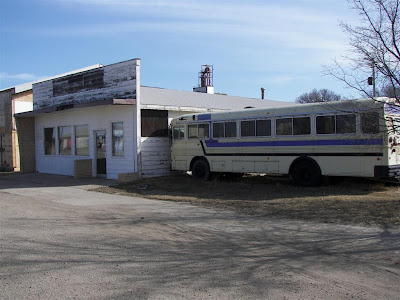 Still functioning hotel. Many small town hotels look almost exactly like this one. 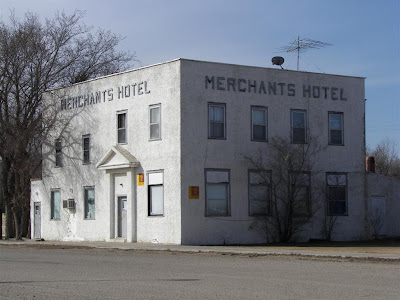 This small house had dirt leading up to the front door, rather than steps. 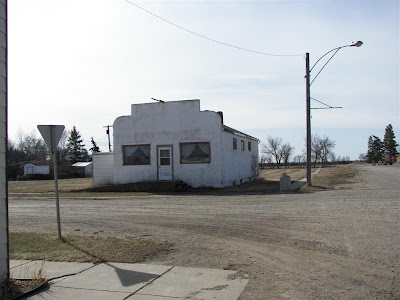