After many hours of driving and still more towns to go, we decided to stay the night at the infamous town of Eastend (pop. under 600), in the heart of the grasslands. During the summer, this town is packed with tourists heading towards (or from) the Grasslands and Cypress Hills provincial parks.

This area is also where dinosaur bones are often found, including one of the largest and most intact Tyrannosaurus Rex (or T.rex, as they call it there), named "Scotty" when it was found in 1994. We visited the Centre on the way out of town the next day.

Here is the fifth part a photo journal of the trip, with descriptions. The images can be enlarged by clicking on them.

The main street of downtown Eastend. 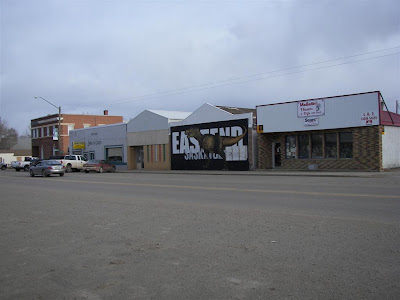 Madhatter's Flowers and Gifts, which is also the Sears outlet and the Petro-Canada real estate office; Petro-Canada owns and leases properties (334 Redcoat Dr). 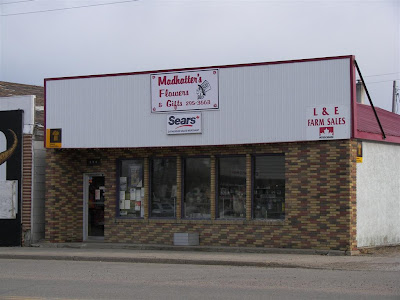 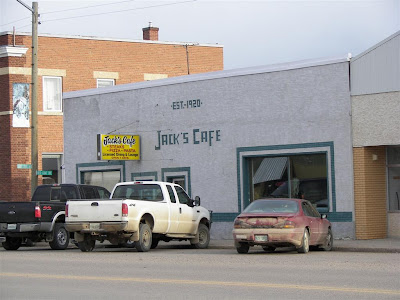 The "Club" and Charlie's. 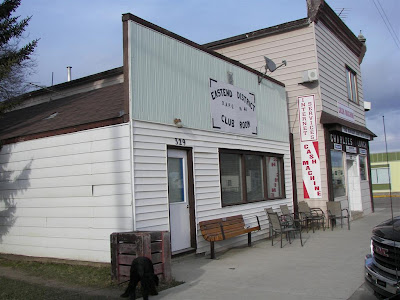 Charlie's Lunch, where we had a fun breakfast, talking the the owner-cook's owner-server-wife about cameras. He was off fishing, so she started the eggs, and he came back in time to finish them off. We made our own toast. The place had a very homey feel to it. They also had a computer with Internet access, but we didn't use it (327 Redcoat Dr). 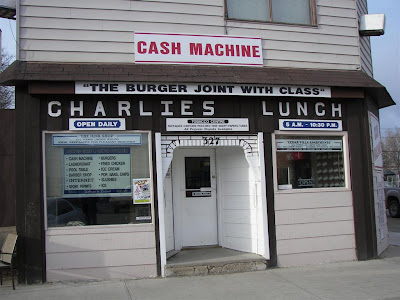 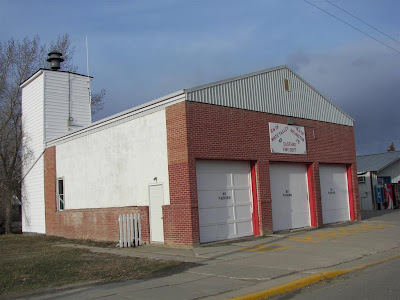 The gas station, which doubles as Chester Fried franchise, whose slogan is "The Crispy, Moisturized Chicken." We took their word for it and walked on by. 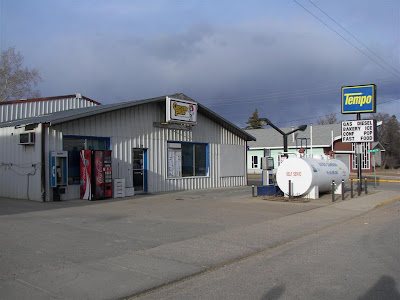 St. Patrick's, but not a cathedral. 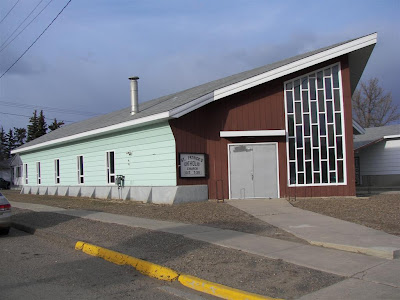 On the main downtown strip. 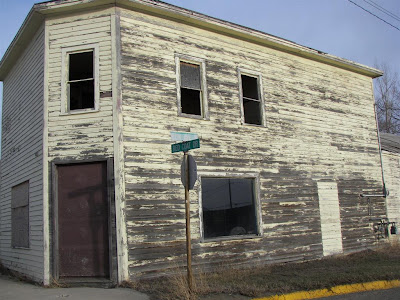 This was the first RCMP station in the area, but now it's gated off. 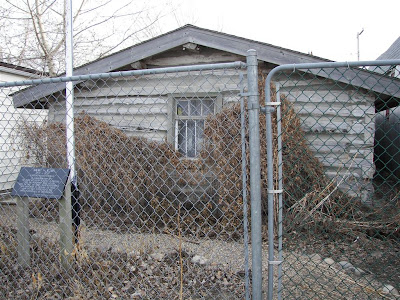 Cypress Hotel and Bar, where we stayed (343 Redcoat Drive). 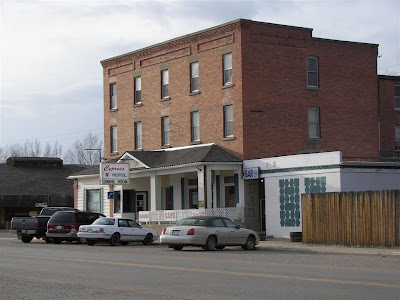 Sign just inside the Cypress Hotel door. It made me laugh that they used a Labatt's ad, and made a pun about it. 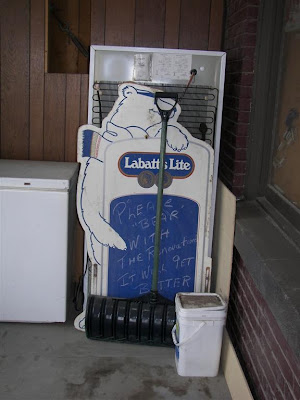 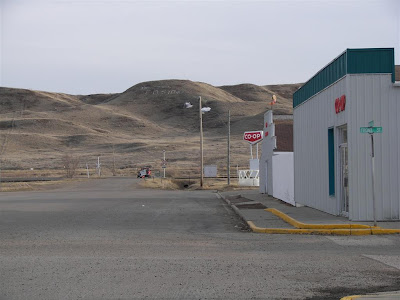 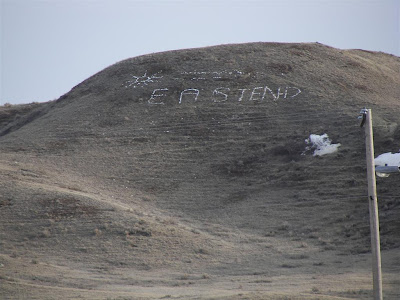 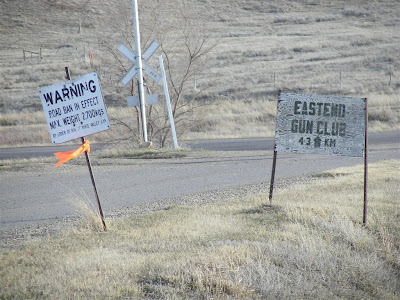 The old and new elevators. 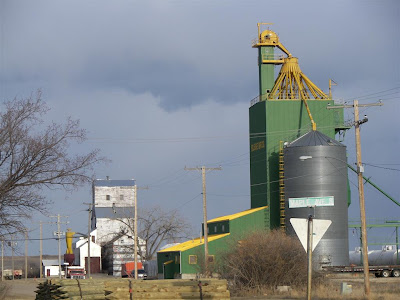 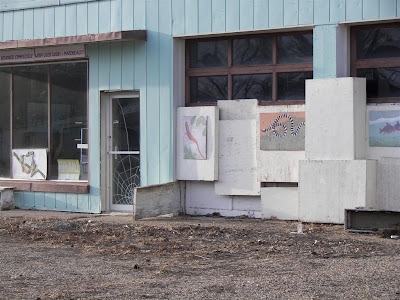 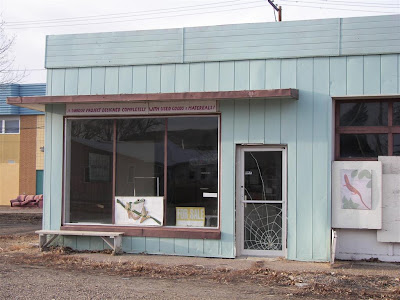 From the parking lot. The Centre is actually built into the side of the hill, with huge glass windows that overlooks the town and a beautiful vista. 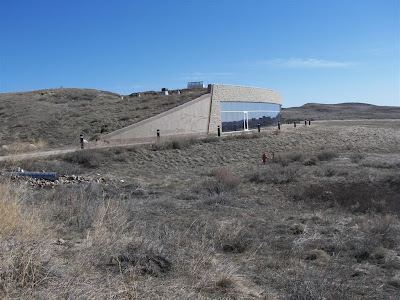 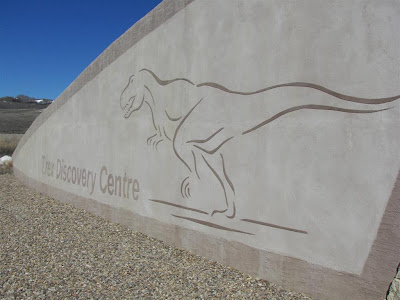 Four T.Rex's in a row. And where exactly is Marc Bolan...? 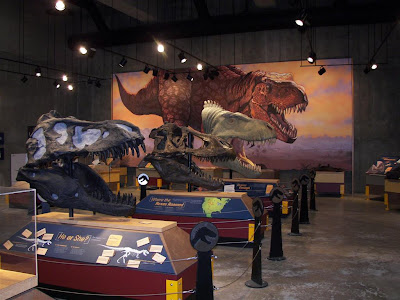 The actual fossilized bones of Scotty. The tail section is in the middle. The ulna on the bottom is how they determined the size of the beastie. 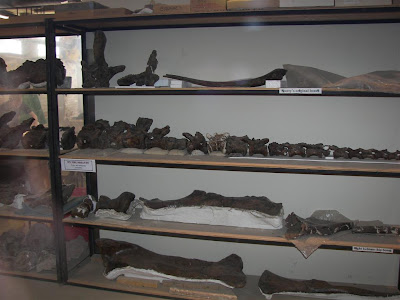 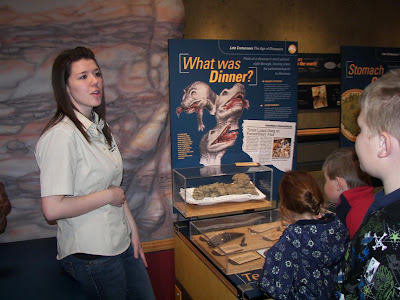 Scotty and the school kids 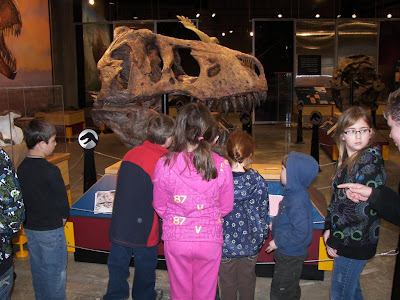 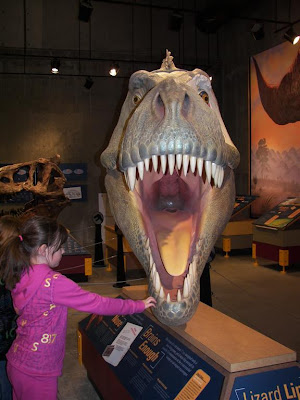 Dino bones of the hippo family. 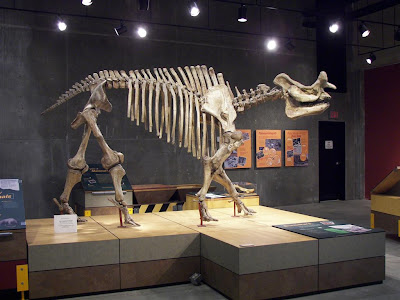 The administrator's office. Looks like s/he enjoys the work. 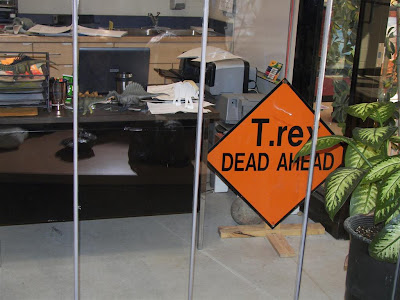 The way out of the Centre over the Frenchman's River, and outta town. 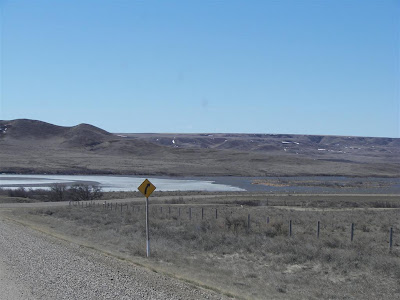