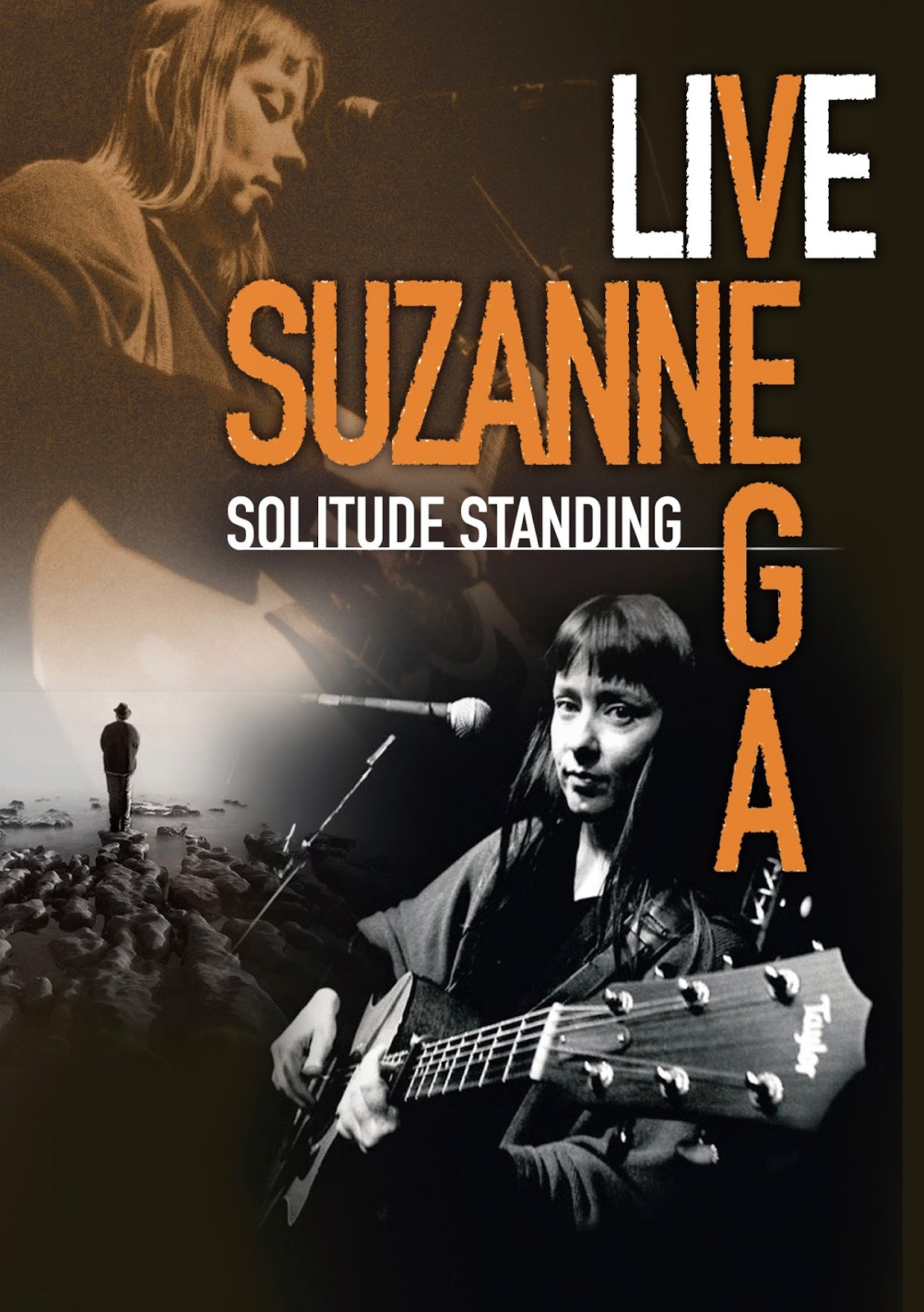 
Sandwiched between the Phillip Glass and Rosy Parker period in the early-mid ‘80s and Zooey Dashenall of the modern era, singer-songwriter Suzanne Vega was known as what would probably be called today “Williamsburg cool.”


She definitely had “a look” that was as immediately identifiable as Patti Smith’s white shirt and half-opened tie. For Vega it was a long-tail jacket over a plain uncollared-shirt, straight shoulder length hair (sometimes tied in a mini-ponytail) and bangs, pokey ears that held the hair out of her eyes, and those cheekbones and killer dimples. She also has a voice that is idiosyncratic and immediately identifiable. She is everything that Liz Phair was hyped to be that never materialized.


Back in the day, she would perform often around New York City, in hipper, intimate showcases, as well as some of the mid-sized venues, like actors who play in mainstream films to pay for their theater projects. Everything about Vega said cool. If she was born in another era, she probably would have been the darling of the Beat poetry set or the flappers.


Thanks to MTV, she rose above the “in-the-know” crowd and had some major hits on her hands, such as “Luka” and “Tom’s Diner.” That gave her the leverage to do what she wanted.


As someone who tours often, she played at the Rome Auditorium in 2003, sharing the stage with electric bassist Mike Visceglia and Italian singer-songwriter Valerio Piccolo.  The gig, presented in its entirety, shows Vega playing her acoustic, and between some songs, she reads short poems that Piccolo translates into Italian.


He also translates Vega’s song descriptions before she sings, and boy, she has not lost a thing over time. She sounds as sharp as ever, and her pieces retain all their punch. One of the themes of Vega’s output is minutitude. Okay, that isn’t really a word, but it’s time it was coined. They are slices of life, but looking at a small moment that effects a lifetime. It could be an event, and emotion, a dream (of caramel and cinnamon), a computer game, almost anything. I would posit it’s sort of a version of chaos theory, but done in a beautiful form. She even describes her own life in this way, in her poem “Anti-Hero,” saying that her voice (i.e., poetry) is a small one but deserves to be heard.


I don’t know how fair this is, and is not meant as a negative but as a descriptor, but I always thought of Vega as the “anti-Laurie Anderson,” or to put it another way, where Anderson is digital, Vega is analog, her voice like a warm blanket, or honey that coats her words as she projects them out to her audience. As you wade through her songs, be it about first love or a battlefield – or, yes, child abuse – she makes you feel like you have wind in your hair and you are floating just a little bit above your seat. Sometimes the contrast between this and the song subjects are more counterpoint than with the grain, which makes them stand out all the more.  “Left of Center” probably says this about her life better than I could, being it’s in her own words, as she puts down her guitar and is backed strongly by the bass.


Along with new songs, such as “Solitaire,” she also does “Gypsy” and, after an audience request, “The Queen and the Soldier.” She seems very comfortable on stage as she goes though the numbers, acknowledging both Piccolo and Visceglia, sometimes checking to see if they are keeping up. Yes, she does her two biggest hits at the end, and while they sound great, I’m sure there will be those who just want to hear them due to familiarity, but I strongly recommend sitting down, and paying attention, as it will be worth your while. Here, I actually prefer this version of “Tom’s Diner,” which is a cappella, with handclaps and whistles as accompaniment. I always though her voice and message became lost in all the stuff going on behind her on the record, for which she deserves better.

There is an interesting 12-minute interview of her by Piccolo in the extras, basically stating she would probably not be comfortable with the beginning of this review, as she does not like people discussing the way she looks. That being said, her appearance is so iconic, one is hard pressed to do otherwise. There are a number of topics covered, and the interview flies by as she talks about her music, her poetry, and her perspective. There is also a repetitive slideshow that lasts less than 4 minutes over the “Tom’s Diner” hit rather than the live one here.


Whether you prefer to describe her as folk, modern folk, singer-songwriter, or hipster goddess, it’s all good. Her messages are worth hearing, and she presents them in a manner that is pleasing to the ear (and, sorry Suzanne, the eye). Get your “doo-do-do-do” on and give a listen.


Song list:
Marlene on a High
How to Make a Poem (poem)
Small Blue Thing
Caramel
Italy in Spring (poem)
Some Journey
Penitent
When Heroes Go Down
Anti-Hero (poem)
Gypsy
Left of Center
Solitaire
The Queen and the Soldier
In Liverpool (poem)
In Liverpool
Luka
Tom’s Diner


http://www.youtube.com/watch?v=N4lQJMPoVGg
Posted by Robert Barry Francos at 10:24 PM No comments: