If you grew up in the early punk movement anywhere around the Toronto / Mississauga / Hamilton (Ontario) hub, you knew who Gary Pig Gold was / is, and his fanzine, The Pig Paper. Gary is not only a writer, but also produces records and was/is a musician in such bands as The Loved Ones, Ghost Rockets, Dave Rave Conspiracy and most recently The Next Big Thing alongside his old pal from The Cheepskates, Shane Faubert. I have the pleasure to call him my friend, even though we don’t get the chance to hang out much lately, being 2000 miles apart.


Through the later years of FFanzeen, Gary had his own column called "Pigshit," which also ran in many other zines worldwide and still appears monthly online. I've long-stated that Gary is one of the better writers of rock history, especially about his own favorites such as the Beach boys, the Monkees, Paul Revere and the Raiders, and Elvis. His work at this moment appears alongside an all-star cast of musicians and movers in Harvey Kubernik's massive 1967: A Complete Rock Music History of the Summer of Love book from Sterling Publishing. Definitely check out more of his writing at www.garypiggold.com. - Robert Barry Francos, 2017. 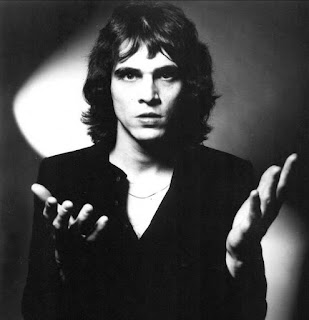 As much as we’d love to forever blot it from our ears, there was music being produced, released and even broadcast during the post-Creedence, pre-Ramones wasteland known today as the mid-1970s. Like many other now forms of pure pop, I filled those dreaded years backtracking thru pop’s past via the neighbourhood Kmart cut-out bins, and today sport an entire bedroom covered in milk crates full of albums ($1.90 or less!) with holes drilled thru the covers to show for my efforts… (Well, it was either that or spend circa ’71-’75 watching “Don Kirshner’s Rock Concert” and lining up for Who tickets…) 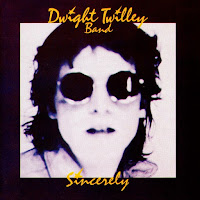 But suddenly one day, a song appeared which effectively jolted me out of my Delete Zone exile and hinted that perhaps, just perhaps, there was still intelligent life left in the music bizness: a hook-studded gem, which effortlessly rode up the charts atop a bedtrack cocky enough to spare it from a fate worse than Manilow (sorry ABBA). The song in question? “I’m On Fire,” by someone – or something- called The Dwight Twilley Band. Sure, I was a fan of the Hollies-Revisited strains of (The) Raspberries, not to mention the bozo-rock of the N.Y. Dolls, but Twilley’s ditty made an impression for reasons other than nostalgia or camp: it was the first evidence in godknowshowlong of that elusive creature known as The Perfect Hit Single. Imagine my jubilation when, after rushing to my local disc shop for the first time since the Raiders broke up, I discovered an entire album of Twilley in the racks – his classic debut LP Sincerely. Listening to this stunner today is akin to takin’ a crash-course in trends-to-come: the cheesy electropop of “Could Be Love,” the Edmunds-as-Spector lush of “You Were So Warm,” the mop-topped Rutle-rock of “Three Persons.” Even the suede-o crockabilly of “TV.” Could it be at all possible that the likes of Martin Rushent [d. 2011 – RBF], Nick Lowe, Dougie Fieger [of The Knack, d. 2010 - RBF] and Brian Setzer never heard and duly absorbed this record prior to launching their own assaults upon the Top 40? I sincerely doubt it. 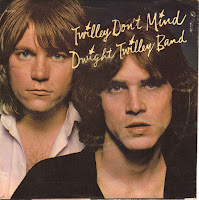 Several years and one New Wave later (Dec. ’79 to be exact), I found myself in Southern California for my first of several hunts for the ghost of Brian Wilson. It was then and there that I chanced upon a surprise Twilley gig at the scenic Golden Bear club in scenic Huntington Beach (where, speaking of the ‘60s, Peter Tork was once employed as a dishwasher). By this point, Dwight had already lost one record company (Shelter, due to bankruptcy), one record contract (with Arista, due to the lackluster sales of his smash second album, Twilley Don’t Mind), and even one-half of his band (when his long-time cohort, Phil Seymour, buggered off for a short-lived career as Orange County’s answer to Shaun Cassidy). Not surprisingly, the show that night was a slick, bitter affair – it seemed Twilley spent most of his set screaming at the soundman for “more fuckin’ Elvis Sun Sessions reverb on my fuckin’ mike.” Afterwards, I crawled back to my motel room mightily disillusioned as Dwight spent the next several years slowly burying himself beneath the scrap heap of Next-Big-Things-From-L.A. alongside the likes of The Loved Ones (thanks for the plug, Robert Barry! – GPG 1985), 20/20 and The Plimsouls (whilst nurturing a quite unhealthy SCUBA diver fetish). 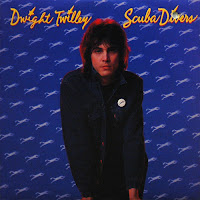 I was probably as shocked as Mr. Twilley himself when last summer, he released a bitchin’ new platter entitled Jungle, which came complete with a single smasheroo of even ultra-“I’m On Fire” proportions (the lethally-catchy “Girls”). And once again, as if on some sort of cosmic cue, I found myself in scenic Vancouver stumbling one night upon, in the far-from scenic Nite Lites club, another surprise Dwight Twilley gig! Bluffing myself onto the guest list as West Coast stringer for FFanzeen (“FFanzeen?” “Oh, yeah, it’s a very big mag back East – sorta like Circus…”) and bluffing my mini-recorder past the bouncer in true Rock ‘n’ Roll High School style (…“It’s a hearing aid, okay?”), I sat thru one of the most sweaty sets of sounds since Destroy All Monsters opened for The Young Fresh Fellows – with just the right amount of reverb on the mike! Afterwards, what else could I do but BS my way backstage (“FFanzeen?” “Yeah – it’s gonna take up where Trouser Press left off…”) to interview The Man Himself.

Dwight Twilley? Can I have a few words?
Oh… just a couple, okay? We’re on our way back to the room to watch some old Elvis videos…

I last saw you perform five years ago in California, and the improvement since then seems practically incomprehensible!
Well, we’re touring more nowadays, and I’ve got a better band nowadays. Plus, back then, I could never get enough reverb on the mike.

Yes, I know. Also, “Girls” I think is your strongest song in ages. However… I can’t help but detect the ghost of Brian Wilson running through it.
Oh? How’s that?

Hmm… Who do you think you’ve been influenced by?
Elvis.

Uh-huh. And who else?
Scotty and Bill.

Who else besides Elvis do you admire musically?
(Extended silent pause)

I see.
What magazine’d you say this was for? 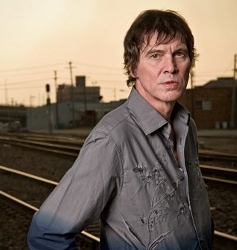 Anyways… Whatever became of your old partner, Phil Seymour?
Not a hell of a lot! (Laughs) I think the only time he works now is when I let him sing a spot or two on my records. Phil missed his calling, you see, when ABC refused to cast him alongside Parker Stevenson in “The Hardy Boys” TV series. I’m afraid it’s been all downhill for ol’ Phil ever since.

Your band seems to be getting along real fine without him.
Yeah… but something’s lacking in our rhythm section, I think.

Who would be your ideal drummer then?
D.J. Fontana.

Not to change the subject any, but who would you consider to be your idea girl?
Hmm… Probably a cross between Natalie Wood and Ann-Margret. [PIGOSSIP #1: Dwight is actually married to none other than Susie Cowsill – she of “Indian Lake” and “The Rain, The Park and Other Things” fame – GPG, 1985]

No, no… I mean of your own!
Well, that’s a pretty tough one… I’d like to think Scuba Divers is my strongest album overall, as well as being my all-time poorest seller (smirk). You see, each of my records has its own set of circumstances and stories… and lawsuits… and nervous disorders… behind it. I mean, if it’s true that artistes create best under bleak and difficult conditions, then I should’ve had fifty Number One albums out by now! But, uhh, if I had to pick one single favorite song, I guess it would have to be “10,000 American Scuba Divers Dancin’.” How about you?

Without a doubt, my favorite would still have to be “I’m On Fire.”
What? You mean you don’t like Elvis?!!