This article / interview was originally published in FFanzeen, issue #5, dated August/September 1980. It was written by the Managing Editor of the magazine, Julia Masi.

The band 3-D had a couple of hits, two albums, and even played on “Saturday Night Live” (hosted by Steve Martin). Despite the protestations in the interview below, they were very New Wave, as we understand it in hindsight.

Since the break-up, lead singer Rick Zivic opened up his own recording studio in New York, and is fronting the Rockin’ Red White and Blues Band. For Ted Wender, he joined with Zivic in 1989 and created a production company that specializes in videos for commercials, television programs and industrial companies. Ted also formed the group Jazzmatik, and created MusiCan, a philanthropic organization to help kids with music programs in indigent neighborhood public schools. Keiv Ginsberg’s other claim to fame is that he played guitar for the Blues Brothers, including on their albums (which may explain how they got to play on "SNL"). Producer and bassist Nick Stevens has worked with many artists over the years, including Impulse Manslaughter. – RBF, 2020 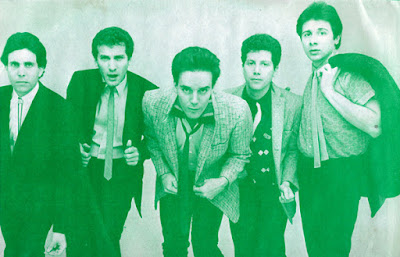 “The basic premise of the group is that we’re songwriters and we’re evolving. We don’t write one type of song. We write about a lot of different things. We’re a band with a lot of visual ideas,” says Rick Zivic, winsome, brown-eyed lead singer and lyricist of 3-D. The group is best known for the songs “X-Ray Eyes,” “All Night Television” and “Telephone Number,” which reflect that philosophy.

Zivic seemed relaxed and ambitious as he sat in a spacious white room of the band’s Greenwich Village loft and recounted stories from the road. Touring is nothing new for 3-D. They’ve been on the road before with the Fabulous Poodles, the Romantics, and Mitch Ryder. But this was the first time they experienced a backlash from the audience over the band’s visual image: 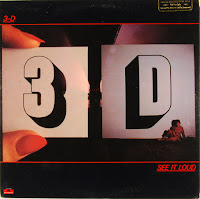 “Because of the way we looked, not necessarily because of the music, people immediately associated us as either being from England or being New Wave. In certain markets we found that there is still an on-going battle between the New Wave thing and the old wave thing, which is, to me, a little bit bullshit, because New Wave means nothing to me – old wave means nothing to me. It’s just that if you play rock’n’roll, there’s different variations of it. We got encores. It was unbelievable. Detroit was the same way. They’re the two roughest rock’n’roll markets in the world to hit, and they loved us.

“Initially, when we started the tour, we played Providence. This was our first experience hearing and seeing the Geils crowd. And it was 10,000 of them, and they were gonzo-Geils people. We came out to do our set and all of a sudden it was like a war zone. Nickels being thrown up (on stage). Quarters being heated with their lighters and thrown up. Bottles and every type of debris coming up. I did a jump and in mid-air saw a coin come up and hit me right below the eye. For 2-1/2-3 weeks, I had this incredible black eye.” 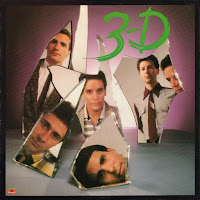 Despite the unfriendly welcome they received, 3-D was undaunted by the crowd. “I just finished the set and left the stage. I said, ‘Fuck you,’ which was really stupid. It was very new for us. At that point, I should have gotten the hell out of there.”

The band stuck it out and was well received on their next few gigs. Once they got to know the Geils crowd, they started to re-evaluate their set. Much of 3-D’s material borders on a new sound, “But to get a lot of the gonzo mentality you wanna power-drive them,” he smiled, “so we started trimming out some of the things that give people time enough to react and maybe obliterate us.”

Their precautions were in vain. In Tampa, someone threw a bottle of Jack Daniels on stage. It hit Nick Stevens in the face, but luckily bounced off him before it cracked on the floor. Zivic decided to fight back with his audience. “I started to get like a mad dog,” he recalled, but the more he answered back and singled out his hecklers, the better they liked it. Their record company even received fan mail about it, but Rick tends to be naturally nonchalant, and isn’t ready to reembrace a stage personality. “You’re here to play music and it’s like tripe. Out of 10,000 people, there are just 100 people who are rowdy about it.”

Most of the bands who have toured with J. Geils have left the tour early, but nothing could make 3-D throw in the towel. Not even the festival seating at a concert in Oakland. “There are no seats,” Zivic explained, “and the kids stood in front of the stage, all the way back. And they’re either belligerent, or they’re gone. At this point, you had to be a gladiator to go out there.” 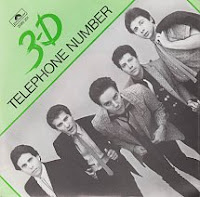 The tour ended in Providence and the band was a little leery about going back there. They had gotten used to the favorable receptions they got in most of the South, Texas, the West Coast and especially by Geils’ hometown of Boston. “I had this incredible phobia about Providence the night we came back. It was such an accomplishment. We had started at the point we were totally naïve, to the point of just saying, ‘We’re gonna rock, and we’re here to rock, and if you wanna get into it, great. If not, go fuck yourselves and get outta here’.”

The band is already looking forward to their next tour when they hope to include some video work into their show. “We had a big plan on ‘X-Ray Eyes’ and ‘All Night Television’ to do two videos on the new material. But we’re definitely doing a 3-D film for the next tour.” He speculated, “I think 3-D’s a thing we have to do ‘cause it’s definitely a thing of the future. And I think we should be the first ones to get into it.”

Posted by Robert Barry Francos at 3:00 AM