An Interview with JOE VIGLIONE: A BANG! Magazine #7 Reprint [Late-1980s] 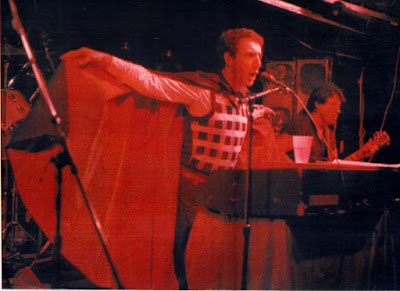 During the first half of the 1980s, twice a year on Memorial Day and Labor Day weekends, I would take a sojourn up to a Boston suburb known as Woburn (Dragon Ct., specifically), to visit Joe Viglione and he would generously let me stay on his couch. While it was great hanging out with Joe and talking music, life, etc., I also took a number of solo trips out to Boston to see bands play at such venues as the Rat, Chet’s Last Call, and the Paradise, and hang out with other Boston-local personalities, such as Kenne Highland, Donna Lethal, and the publisher of BANG!, photographer Rocco Cipollone. Through Joe, I got to meet the likes of Rolling Stones producer Jimmy Miller [d. 1994], Willie Alexander, Jon Macey, and JoJo Laine [d. 2006], among others.

During that time, Joe had an alter ego, or a pen name at least, by the name of Janis Reed, mixing the names Janis Joplin and Lou Reed, two musicians close to Joe’s heart. As Janis, he wrote a gossipy-news back-page column for the glossy Musician magazine.

We have remained friends over the decades, as Joe has dipped his fingers into local politics, cable television (both in front of the camera and behind) with his interview program “Visual Radio,” as well as keeping involved in music, most notably lately with his “Demo That Got the Deal” compilations. 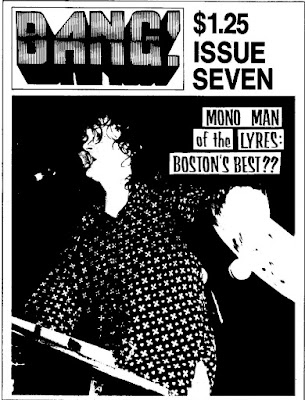 Back in 1977, when I first joined the fanzine scene, there was a fraternity of editors, among them Mike McDowell of (Ballroom) Blitz, Nancy Foster of New Age, Joe Viglione of Varulven, and myself, of FFanzeen.

Through the years, I am still in contact with many of the editors, including all of the above, and am lucky enough to call them friends. Of all of the above, the one who has been around the longest and probably the most successful in his field as far as a career and influence goes, is Boston’s own self-titled aristocrat, the Count, Joe Viglione.

There’s no phase of “the biz” that Joe Viglione doesn’t or hasn’t had his hand in. His magazine is but a memory, but his music expertise is very much alive and active.

First, there’s the performance end. There have been many versions of his band, from the first recordings as Auguste Phenomenon, through is band’s last recording as The Count.

Then there is the producer, putting out a prolific number of records by his and other bands on his label, originally named Varulven (yes, same as his magazine), evolving into VAR Records, and finally VAR International. Most of note are the series of compilations by local bands.

He also produces records of bands other than on his label. 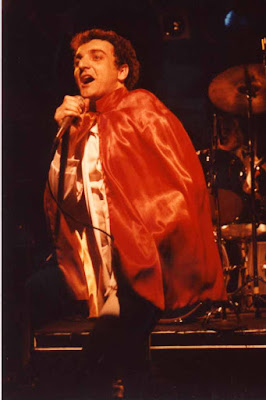 BANG!: Before you got involved in music, you published a magazine called Varulven.
Joe Viglione: When I was sixteen, we decided to get together a fan magazine for fantasy and science-fiction. I was a big fan of Castle of Frankenstein and Famous Monsters of Filmland. Then, of course, there were the BosCon Convention and the NorEastCon.  It went to those, but we had already established the magazine then. It was just the thing to do. It was something I had to do. It’s just a calling. You don’t know why you’re doing it, you just know you have to do it. 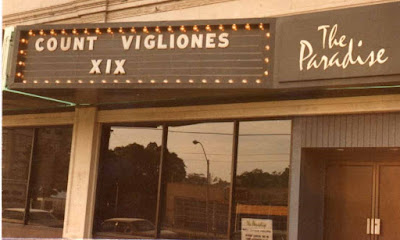 BANG!: And slowly but surely it included music, like the last issue had an interview with Jonathan Richman.
Joe: Yeah, the last issue did have an interview with Jonathan Richman. We were doing science fiction, fantasy and rock’n’roll, and that was something. Castle of Frankenstein was very interested in pick up, so the whole premise of our magazine was to go beyond what a fanzine was, and to start picking up writers that would be picked up by major magazines, such as Famous Monsters. So, I wanted to develop people, but I was always into music, so I made that my focal point.

BANG!: Is that why you stopped putting the magazine out?
Joe: Yeah, it was just too costly and it became too diverse.

BANG!: You write for other magazines now.
Joe: Yeah, I write for The Beat. I was writing for Preview (which closed), and I’ll write for FFanzeen when I have nothing better to do. [Laughs] Not true!

BANG!: When did Janis Reed come into the picture?
Joe: Janis Reed had produced a Willie Alexander album called Sperm Bank Babies. It took a lot of production expertise. She sat at home with her Advent recording deck and taped it off WEBS. It had Barb Kitson [d. 2006 – RBF, 2020] of Thrills as the MC, who was just a DJ at that point in time. I had let her write for the Auguste Pages, which is our house fanzine for the record company and the band. And then Janis went from the Auguste Pages to Musician magazine, which hired me to do a local Boston column. I did one column and gave it up, and gave it to Janis. From then on Janis Reed wrote it. That’s where Janis came from.

BANG!: You’ve had the title “The Count” since high school, I think it was.
Joe: Yeah, it went way back and it was fun, but it was kinda dumb to keep tagging it along.

BANG!: What is your new image?
Joe: My new image is my old image, Joe Viglione. I consider The Count thing something like Myra Breckinridge. When Myron woke up and found out he was Myron, he said, “My  God, I was Myra?” 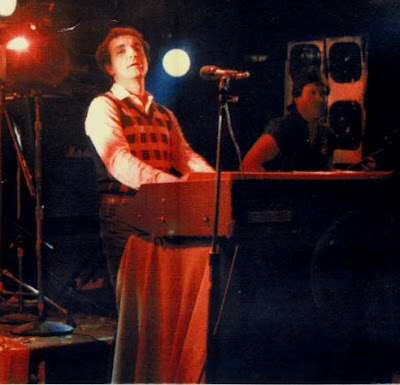 BANG!: Your new release, “Oh Love, Frustrating Love,” on the last anthology album (Boston Rock and Roll Anthology, Volume 4) has a (writing) collaboration with Nancy Foster from North Carolina. How did you get together with her?
Joe: First, Nancy and I started having long distance sex. We were the originators of phone sex. She started writing me some lyrics and sent them up to me. She sent me 10-15 poems, and I thought they were all great. And two of them – “Oh Love, Frustrating Love” and “Run Wild with Me” – were really super. I put them both to music and I was happier with the music I wrote for “Oh Love, Frustrating Love,” so that’s become a staple of the band, just as “Guitarmaster” has been. It was also The Count’s MOR trip. While all the bands in turn were doing techno-pop and this-and-that-pop, we were fusing punk and rock and roll with MOR music. And people did not like it, but we were being original and we kept doing it.

BANG!: Is this when you were doing “Lejandemi”?
Joe: Yeah, “Lejandemi,” “Oh Love, Frustrating Love,” “Of Yesterday,” and “I Thought You’d Be Mine,” and that pop stuff that you could definitely hear.

BANG!: Why did you release “Oh Love…” now, since you recorded it a few years ago?
Joe: I really loved it, and I still love it. I’m aware that it wasn’t a wise move to put it on Anthology Vol. 4, ‘cause it’s gonna kill any chance of airplay. In fact, it hasn’t gotten one spin and the album’s been getting a lot of airplay up here. The reviews on it so far by the critics have been the best. It’s one of the best cuts on the record. I think the people in Europe will think so too, because Europe’s back into pop.

BANG!: Don’t you think it’s harder to sell a million-unit album if it’s a compilation?
Joe: A compilation won’t sell a million. I mean, it could – you should never limit yourself – but with compilation albums, I don’t use them for that purpose. The reasons I’m using these compilations first is to develop my relationship with the bands, beyond just the club scene, and beyond promoting their records and reviewing them. I wanna get to know what it’s like getting into a contract with the bands for one song, seeing if they’ve got the attitude that I have toward marketing and promoting something. You’d be surprised the gung-ho attitudes you get from certain bands, and then, when they actually realize how much work is in it, they drop out. And then the band breaks up because they don’t want to do all the work. We’re just gonna find the cream of the crop, the real hard workers who are really talented, because those are the bands I think I can bank on.
BANG!: Who’s in your new band, Dimension 10?
Joe: Well, my band right now is my drummer Jeff (Hill), and what I think we’re gonna do is have a revolving door of guitar players, and maybe even a revolving door of bass players, who work on different aspects of Dimension 10.

BANG!: Doesn’t that make it a little confusing for touring?
Joe. No, because we’re going to be going out with people that have the sound – the real sound – that we want!
* * *
Reproduction of the original article on Joe’s blog HERE.

Posted by Robert Barry Francos at 3:00 AM