The Internet is loaded with trap doors. Today I reached the end of one random online article or another, and there at the bottom of the page was a selection of others. And, jarringly, one of them was titled, “Leon Redbone dead at 69.” A nice feeling when that happens, isn’t it? Jump over to Google, type in the name to verify, and there you have it. That old familiar jolt when someone you really dig is gone – forever. I discovered Leon Redbone…when? You know, I can’t even remember. Let’s see. I’ve never seen him perform live, and I greatly regret not buying a ticket to see him at Hugh’s Room in Toronto in December of 2013. He played two shows on a weekend, intimate acoustic sets that would ultimately be among his last live performances. I never caught any of his guest spots on “Saturday Night Live” in the 1970s, nor did I see him on the “The Tonight Show” in the ‘80s and ‘90s. And I only recently learned of his stint at the Mariposa Folk Festival in 1972, and how he became exposed to a wider audience with an assist from Bob Dylan. This would lead to his signing with Warner Bros. and the release of his debut album, On the Track, in 1975. 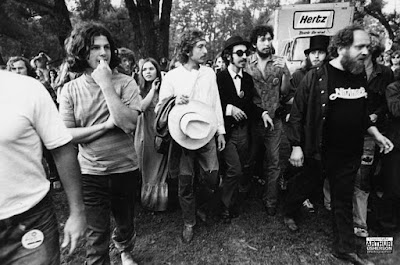 I do have five of his albums on compact disc, though: On the Track, Champagne Charlie (1978), Red to Blue (1985), Christmas Island (1987) and Whistling in the Wind (1994). Island was sought out solely for Leon’s duet with Dr. John on “Frosty the Snowman,” but that album has been a Christmastime favorite at our house ever since. [Author’s note: Their rendition of “Frosty” takes on entirely new meaning this Christmas, as Dr. John has, in somewhat perplexing fashion, passed away only a week after Leon, on June 6, 2019.] But, for the life of me, I can’t remember when I became tuned in to Leon’s music and his rag-timey charm. And that seems just about right: mission accomplished on Redbone’s part. He once said, however, “I don’t do anything mysterious on purpose. I’m less than forthcoming, but that doesn’t necessarily mean I’m mysterious. It just means I’m not inclined to go there.”

The statement issued by his family today echoes the humor and eccentricity of his craft, and of the man’s enigmatic persona throughout his life in music:

“It is with heavy hearts we announce that early this morning, May 30th, 2019, Leon Redbone crossed the delta for that beautiful shore at the age of 127. He departed our world with his guitar, his trusty companion Rover, and a simple tip of his hat. He’s interested to see what Blind Blake, Emmett, and Jelly Roll have been up to in his absence, and has plans for a rousing sing-along number with Sári Barabás. An eternity of pouring through texts in the Library of Ashurbanipal will be a welcome repose, perhaps followed by a shot or two of whiskey with Lee Morse, and some long overdue discussions with his favorite Uncle, Suppiluliuma I of the Hittites. To his fans, friends, and loving family who have already been missing him so in this realm he says, ‘Oh behave yourselves. Thank you…and good evening everybody.” 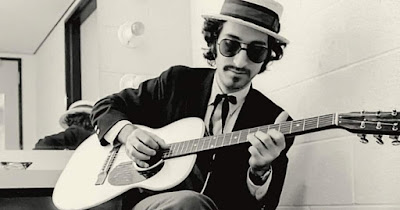 Not long ago my wife and I had a nice little propane fireplace installed in a back room of our house, the one that leads out to the deck and then to the back yard. During cold winter months here in Ontario Canada, on nights when the wind and snow are howling outside and I am warm by the fire with my bulldog on the rug by my feet, I like to sip on an aged rye whiskey over ice while the firelight ripples across the ceiling. For a scene such as this Leon’s music is custom-made, and I felt a playlist of favorites would be just the ticket. And after a night or two of ‘settin’ by the fire,’ I was good with the arrangement of tunes on my list, and I made a copy on CD for my older brother. He spends a lot of time in his workshop; he occasionally enjoys a whiskey on the rocks, and the shop’s got stereo speakers and a big ol’ wood stove.

Here is the track list for that mixed disc. Another reason for my renewed interest in Redbone at the time was that I’d just discovered he’d released what would be his last album of new recordings, 2014’s Flying By.

Note: An excellent documentary short film called “Please Don’t Talk About Me When I’m Gone” was uploaded to YouTube today. Have a look, it’s good.