THE CYRKLE: We Had a Good Thing Going

The following interview with the lead singer of The Cyrkle, Don Dannemann, originally appeared in Blitz! Magazine, Number 44, which was issued November/December 1982. Blitz! Is still around and can be read at blitzmag.blogspot.com. 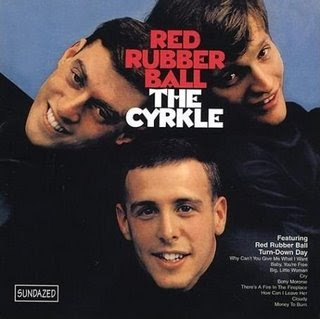 Though the band broke up in 1967, the Cyrkle remains pop-rock leaders due to two of their hit singles, “Turn Down Day” and “Red Rubber Ball.” With these to their credit and an acquaintance with Brian Epstein, they were swept along as an opening act on the Beatles’ final American tour in 1966. The fugue-like music backing the nasal tones of lead vocalist Don Dannemann gave the Cyrkle a unique and distinctive sound that remains in a class of its own to this day.

Today, the members of the Cyrkle are all doing well in their own respective fields. Earl Pickens is a successful surgeon in Gainesville, Florida. Drummer Marty Fried is a prominent lawyer. Guitarist Tom Dawes [d. 2007] also enjoys similar fortunes as Dannemann in advertising. In Dannemann’s case, success lies in the outer ranges of the music arena, dealing with advertising jingles and supplemental work in other area, such as on The Great Space Coaster, an inventive children’s program.

Above these even, in importance to him, is Dannemann’s wife, Eileen, and his two children. Recently Don and Eileen released a single, “Mother and Lover” b/w “I Did It For You” as a tribute to John Lennon. Rather than a sobby, “We miss you John” record, what they have is a statement on love, for themselves and the world.

The following interview with Don Dannemann was conducted at his home in New York City earlier this year. 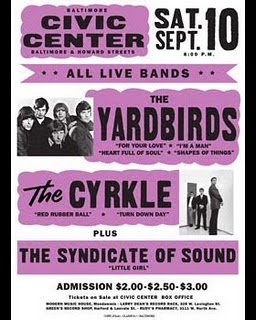 Robert Barry Francos: How long have you been playing the guitar?

Don Dannemann: I started playing in eighth grade. I took piano lessons before that. I took some guitar lessons when Elvis Presley first became popular. I started at the beginning of high school, somewhere around 1967. I got a tape recorder early on in high school for my bar mitzvah, I think. Later on, I got a second tape recorder. When I got the second tape recorder, I couldn’t wait to overdub! I couldn’t wait to sing along with myself. The first thing I did was all the parts on “In the Still of the Night.”

Don: Yeah, right. I did all the parts and sang the lead. First, I sang the lead acapella. Then I got up to the tape recorder, turned it on, put the mike in front of the second tape recorder, put the mike in front of me, tried to balance it and sing together. I went back and forth about five times. By the fifth generation, it was very hissy and mushy. That’s what got me going into music.

When I went to college, I had envisioned that I wouldn’t be into rock and roll at all. I started cultivating a taste toward jazz at the end of high school. I began to like it, but never really played it. When I got to college, I was so happy to hear that people still liked rock and roll. So then I started listening only to rock and roll. I met a couple of guys in freshman year. We called ourselves the Rondells. I think there were a lot of Rondells then. I never liked the name that much, actually, when we first got together. Anyway, we were the hot-shit band on campus at Lafayette College in New York. By the time we got to be juniors and seniors, having built ourselves up, we were the band to get for fraternity parties. We began to make pretty decent money. I don’t know what bands make now, but we were making about $400 a night. We would get jobs as far away as Penn State. When we gout out of college, we were about to break up. Tommy had a half year to go. Earl Pickens and I had graduated. Earl played keyboards and sometimes bass. Tommy played bass and sometimes guitar. I was working for my father at a sheet metal factory.

RBF: So that’s how you got the title of “Sheet Metal Prince” [as stated in the liner notes of the Red Rubber Ball album

Don: Right. We were playing in Atlantic City the summer we graduated. Earl was still playing with us. We had played there the summer before, at the Alibi, right off the boardwalk. That summer, Nat Weiss turned up. He was a good friend of Brian Epstein. He wasn’t into rock at all. He was a matrimonial lawyer and a friend of Brian’s. He liked us. I wanted to work for my father to bide some time as I was in the Coast Guard reserves. Tommy, Marty Fried and myself still played as a trio occasionally. We made a couple of demos on our own. They were songs we had written ourselves. We recorded them in stereo. I was scheduled to play them for Nat Weiss the night of the blackout in 1965. Of course I didn’t. I went the week after.

Stereo headphones were new at that time. Nat was hearing stereo headphones for the first time. You could really see it by the look on his face! Next he said, “Let me introduce you to Brian Epstein.” Nat invited me to a party in Manhattan, and Nat wasn’t there! We really felt out of place. Finally he came in and said, “Oh there you are. Let me introduce you to Brian.” Sure enough, there was a limousine outside and Brian Epstein was sitting inside the limousine. He escorted me to the limousine. Nat said, “Brian Epstein, I’d like you to meet Don Dannemann, one of the finest musicians I know.” I shook his hand and we exchanged maybe two works back and forth: “Hello. How are you?” sort of stuff. Then Nat said, “Okay, glad to see you, Don,” and I was escorted out. They closed the door and off went the limousine into the night. I don’t remember the exact chronology, but he got us jobs at a couple of places. One was at Trude Heller’s in New York City. We did lousy there.

D on: Right then, the Young Rascals were big. That stuff was making it happen. It was loud and harder than we were. We were like the Count Five, the Beach Boys or the Beatles. Somehow, it wasn’t like that hard, dirty stuff. This is what the club scene was like back then. We did well at colleges.

Anyway, we played a club that Christmas time called the Downtown at One Sheridan Square in New York City. We did pretty good there. Nat was trying to find us a producer. That’s where he tried to sell us. That’s when John Simon saw us and signed us to Columbia. Then Tommy heard “Red Rubber Ball” from a friend of his, who had a publishing company with Paul Simon, who wrote the song.

D on: No. What was its name? Barry Cornfield had a publishing company with Paul Simon, and he was a friend of Tommy’s. That’s how we got “Red Rubber Ball.” That was one of the things we chose to perform. I still don’t quite understand how it happened. It’s a nice song.

We turned down “The 59th Street Bridge Song.” We had our next song picked out, “Please Don’t Ever Leave Me.” It was our first flop.

RBF: Did Earl Pickens play on the first album?

Don: You can’t really hold me to this, although we saw Earl last year and we talked about the good old days. I don’t think he played on “Red Rubber Ball,” but I think he did play on “Turn Down Day.” I don’t remember the rest of the album.

Don: No idea. Michael Losekamp was not an original member, going with us to Lafayette and all that. He auditioned and got the part of keyboard player. I have no idea whatever happened to Michael Losekamp after the group broke up. We liked him and all, but we weren’t good friends. [According to Wikipedia, Losekamp became an engineer for AT&T and an active musician in Ohio – RBF, 2010]

RBF: Did you have any trouble opening for a band as well-known as the Beatles?

Don: No, it was actually okay opening for the Beatles. We were not the only group. There were several. There was only one group that was basically unknown, the Remains. It was them, the Ronettes and Bobby Hebb. At that time, the three of us were pretty big hits. To the best of my recollection, we got pretty good receptions.

There was one concert where it was just about to rain and they had to get the Beatles on. But it wasn’t really raining yet, so we followed the Beatles. The Beatles opened for us! The other bands had already been on, so we were the only ones after them. 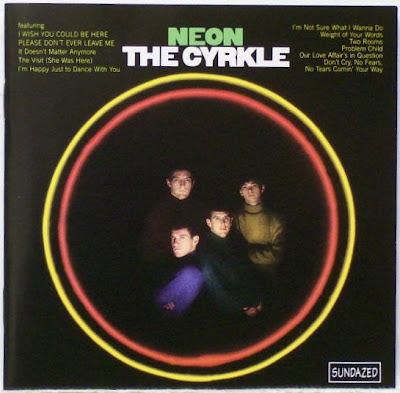 RBF: Do you have any strange or weird anecdotes about the Cyrkle days?

Don: No, I can’t think of anything weird. I would say that the weirdest thing is that there is not much weird. We were very together in college. But as a hit group, I think the fact that we were not weird was unnatural.

RBF: Why did the Cyrkle break up?

Don: Because the group was not being successful, for two reasons: One is the fact that we were not really exciting personalities. Though we did have a very good college concert, we didn’t draw people. But when people did come, like at a college concert, everybody came because it was the only thing happening on campus that night. So when people came, we were very well received. Standing ovations, wild applause and all that stuff. But we didn’t draw. Second, I think, was a poor choice of material and no proper PR. We broke up in 1967.

Don: Yes. That’s when the Cyrkle was just breaking up. Tommy Dawes wrote the spot. That was the first uncola!

RBF: On the sleeve of your new single, you claim that the name Cyrkle was given by John Lennon. But on your first album, it states that it was Brian Epstein who gave it.

Don: Brian handed me a card and said, “Here is your name,” at one of our recording sessions. I always thought it was him. But I saw Earl last year, and Earl said, “No, no, no! It was John who gave the name to Brian.”

RBF: Do you ever envision a reunion gig for the Cyrkle?

Don: I can’t imagine it. If the opportunity came up, I can imagine Earl, because he’s not in the business. Don’t think Tommy would want to do it. I don’t have much of an urge to do it. It’s nice to do these projects with Eileen. If something happens with them, that’s nice, too!

One of my favorite songs by the Cyrkle: