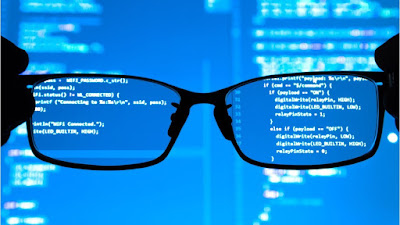 Of course, computer use has had a drastic impact on both the workplace and home, especially since the 1990s; in some cases, both at the same time.

Research:
For most people, an increasing amount of what is done online is considered research. Here is an example of how research has changed with the Internet:

I have a friend who, in the 1990s, worked for a major law office near Rockefeller Center in Midtown, New York City. The company’s files were kept in a warehouse in New Jersey, just over the Hudson River, probably no more than 10 miles away. When a lawyer needed some information from a file box, he would contact my friend, who was the company’s Records Manager. My friend would then look up the box number and call the warehouse. They would locate the box, put it on the back of a truck, and bring it into the city where it would be delivered to him, and he would have it brought to the lawyer. After the lawyer was done, the lawyer would phone my friend, who would have the box brought back to his office. He would then call the warehouse who would send the truck back into the city to pick up the box, and it would be stored in its place on a shelf. This was a three-day process from beginning to end. Now, the lawyer would type onto the computer, and retrieve the .pdf scanned file in seconds.

Introduction of a technology does not change any singular thing; it changes everything in a culture. This is incredibly true for methods of research. If you are looking for a job, that’s research. Until recently, you would explore the newspapers’ Employment section for the Want Ads; now there are dedicated websites which fall into three categories that are much more efficient.

The first category is known as a clearing house, where a company needing to fill a position will contact the website and ask (or pay) to have the job posted on their site. The second is a search engine, where the website looks for jobs on company websites by using key words, such as Construction, Administrative, or Purchasing Manager. An example of a Search Engine is Indeed. The third is more direct, such as Craigs List or Kijiji, where the employer directly puts the ad on the site. With the latter, however, there is no oversight so be sure to research the companies asking for employees.

Research can also be getting directions such as before an interview, the schedule of the mass transit from your house to the organization where you are going, and using Google Street Maps to see what the front of the company looks like beforehand when you go there.

Researching a company through their website or social media such as Facebook, LinkedIn and Wikipedia can be helpful to learning the company’s corporate culture and footprint.

Telecommuting:
First of all, a bit of clarification: telecommuting is when your place of employment is in one location, and where you physically do the job online in another, such as at home. This has both good points and less favorable, but which is which may depend more on your own personality as much as the logistics.

One of the benefits is that when it is a stormy or bitterly cold day outside, you do not have to leave the comfort of your own personal space. It also means that there is no footprint left behind from your commute, such as exhaust from your car or money for gas or public transportation. You also do not have to spend the time commuting. When I lived in Brooklyn, it was 70 minutes to work in Manhattan and the same back. Sure, I used that time for reading, but with telecommuting, one does not need to rush around due to transportation schedules, as one is already “at work.”

Here is the part that is more of a personal choice and work style. For some people, working from home is a boon in that there are less people trying to take up your time chatting, and with less external distractions, it is easier to work without interruption. For example, hearing other people make phone calls from the same room in an office is a major distraction for me.

For others, it is the opposite: When at home, it can also be easier to be distracted by that pile of dishes that need washing, the dog that needs walking or the cat that crawls on your lap while you are at the computer. Also, if you’re more of a social animal, it can get a bit lonely staying at home all the time (just look at what the spring of 2020 taught us about the possible loneliness of self-isolating).

Here is another aspect to telecommuting. While you don’t have to go out in bad weather, it also means that there are no snow days, or transit strikes to impede your work. Most people find themselves working even when they are sick since they are already at home and there is no coworkers to affect. Historically, it has been shown that people also tend to work past the hours they would normally do so. For most, work starts at 9 AM and then you leave the it all behind at 5 PM. But when you are working from home, people tend to turn on the computer when they wake, and work past supper. For those that get paid a flat yearly fee, that decreases the amount per hour you are paid, as there is no overtime. Even with an hourly wage, people tend to want to finish projects if it’s an hour or two longer, though they don’t get paid for it.

Depending on your personality type, being an introvert or extrovert, telecommuting can be a  great boon, or not. It is, however, becoming more the norm. A company I worked for used to have 15 employees in the office. Now they still have the same work staff, but only three on location, with the others scattered over the United States. They all do the exact same job, but they do it in the relative ease of where they want to live, including Seattle, Minneapolis, Southern New Jersey, Delaware, and so forth.

Telecommuting can be an excellent way to get work done and get into a zone of production, and you could find yourself being more productive and efficient.
Posted by Robert Barry Francos at 11:39 PM