Music Reviews: January 2021
Note that these reviews are alphabetical, not listed in a “ratings” order. 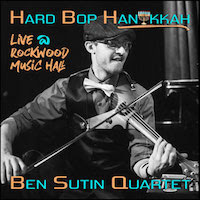 Ben Sutin Quartet
Hard Bop Hanukkah: Live @ Rockwood Music Hall
www.MEIIenterprises.com
www.bensutinmusic.com
Hard bop, a subgenre of bop jazz, was fomented by the likes of Miles Davis and Coltrane. It is wild and a bit musically asymmetrical, relying more on sharps/flats and a tempo of its own and often changing nature. The opening of the six cuts, “Have a Little Dreidel,” shows exactly what is expected right off the – er – spin. Ben Sutin, who leads the Quartet, is the arranger and violinist, who tends to play at the high end of the instrument. He is met evenly by Sam Javitch’s piano. They are backed by Cole Davis on bass and Evan Sherman’s drums. But it is the violin and piano that are out front on this live recording in one of my favorite spaces to hear non-punk/rock music in New York, Rockwood Music Hall, down on the LES of NYC. The third song, “Neroit Dolkim,” has the bones of Klezmer (which I thoroughly enjoy). Sutin’s modified V-necked electric violin gives him access to the very high ends of the strings, while Javitch uses his piano for both melody and part of the rhythm section simultaneously. “Sevivon, Sov, Sov, Sov” (translated as “Dreidel, Spin, Spin, Spin), the longest cut on the release, gives the rhythm section a chance to solo in smatterings. This may sound blasphemous, but parts of “Maoz Tzur” (or “Ma’oz Tzur” aka “Strong Rock”), from the 13th Century, sounds like it could be off Vince Guaraldi’s Charlie Brown Christmas album (I am saying that in a positive way, as that is the only Xmas record I can tolerate). The musicianship is superb, as would have to be to play in this style, and the Quartet go full force. As with many jazz styles, the songs are all instrumentals, and tend to average around 6 minutes, but they do both swing and bop. Might be good to get this now and have it ready for the next time Hanukkah rolls around. 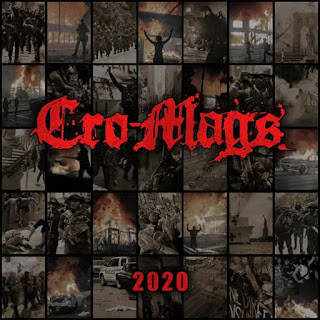 Cro-Mags
2020
Mission Two Entertainment
The Cro-Mags are to hardcore what the Ramones were to the first wave of punk. These New Yorkers blazed a trail that was picked up by a disenfranchised youth into a movement of fury, anger, and moshing. In fact, Cro-Mags founder Harley Flanagan was the first mosher I ever saw when he was still with the Stimulators in the early 1980s, at a Siouxsie and the Banshees show at Irving Plaza. The Cro-Mags called it quit for a few decades, and now have come back with the second release this year, in this six-song opus that lasts, yep, 20 minutes and 20 seconds. Needless to say, it covers the topics of the year, including COVID-19 and street rioting. Starting off strong, the band wails with “Quarantine,” which leads pretty strongly with Garry “G-Man” Sullivan on bass, and Rocky George on Greg Ginn/J. Mascis-ish lead shred guitar (note that George used to be with Suicidal Tendencies). As with the rest of the songs – “2020,” “Life on Earth,” “Violence and Destruction,” “Chaos in the Streets,” and the instrumental “Confusion,” there is an atonal element that pounds and works, even with the chant-worthy choruses such as with “Life on Earth.” There’s even a bit of New Agey reverb used on occasion, such as the beginning of “Violence and Destruction,” before it descends into hardcore madness.  Despite the screechy, amazing guitarwork by George, parring with Gabby Abularach on rhythm, the songs are more rhythm focused on top of almost No Wave-inspired hardcore with Flanagan (bass) giving some thrash metal growl lyrics. Honestly, without a lyric sheet, I couldn’t make out what they were saying, but the songs stand up, especially “Chaos in the Street,” which is more traditional hardcore, and is by far my fave here. It concludes with a bit of just a part of an in-studio freestyle jam. The Cro-Mags have not lost their edge and deserve a listen. 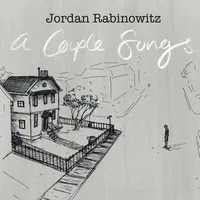 Jordan Rabinowitz
A Couple Songs
@jordanrabinowitz
For years, Rochester, NY native/Washington, DC-based Rabinowitz has bounced around the music scene playing bass with other groups before settling down and working on his own material. He has now released a five song EP (available on YouTube HERE).  His songs feel like light, singer-songwriter style, but actually are kind of dark, talking about break-ups, love ending, and leaving. Jordan’s voice is pleasant without being same-old-same-old, with a hint of pitchiness that works for him. Note that the songs are fully backed by a band in which sometimes the feel of the song gets a bit mired in a way that would not happen if he were a solo-performer, but that’s the nature of the beast in today’s studio-produced world. It’s a good listen, though, and for a debut record, the songs are well written and performed. 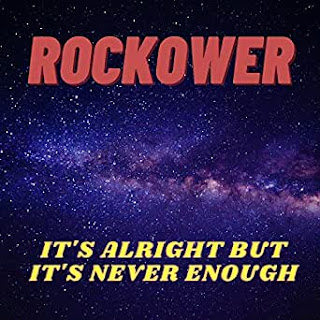 Rockower
It’s Alright But It’s Never Enough
Mark Rockower Music
Great name for the band; fortunate that the center of it has this appellation. Mark Rockower is on vox, guitar and synthesizer (and songwriting), Derek Hughes plays bass, backed mostly by Jax Bowers on drums. But essentially, this is a two-man outfit, even recording it in Hughes studio (garage? basement?). This harmonious (i.e., overdubs of Rockower’s vocals) almost pop rock has all the hallmark sounds of a demo. Now, to be fair, a demo sound is so much more preferred by us aficionados than the cold, overproduced music mostly found on the radio today. It reminds me of the likes of The Nerves (who originally sang “Hanging on the Telephone”). The amateurishness (of the sound, not the playing ability) is refreshing and enjoyable, starting right off with the upbeat “American Dope.” Each song going forward is a bit different, but the overdubbing is pretty consistent, though I believe it should be used more sparingly, such as on choruses; overdubbing vocals also make it harder to hear the lyrics. “The Other Side” sounds a bit more garage from the late ‘60s, or possibly less formulaic than the early ‘80s. As the CD plays on, it definitely grew on me more. Sure, “Simple Minds” is a bit of filler, but they make up for it with the very next up-beat poppy number, “Lunar Star.” For a miss, like “Vacation Girl,” a synth noise mess, there are others that are worth the listen, like (again) the following cut, “Driving Force” and the title number, which closes out the 10-song disc. Basically, the entire zeitgeist is about American culture in the here and now, which makes it an interesting timepiece. I definitely liked it more on the second listen.  Weirdly, the biggest mistake is not printing the name of the band or CD on the disc proper, rather than just an image. Good way to get the disc lost. 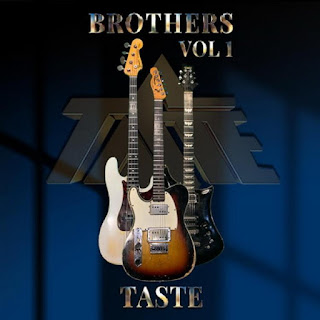 TASTE
Brothers Vol 1
Melodicrock Records
Taste-music.com
TASTE is a “legendary” rock group from Down Under which originally formed in the 1970s, but I am not sure I have ever heard of them before, as this kind of ‘70s rock (they are often compared to the likes of Queen and 10cc) that never held my attention. But this is a new 5-song EP. It starts off with a kiss-off to a “horrible year” with “2020’s Gone.” It’s a power ballad celebrating the coming of a new year and hopefully new – err – hope. The production level is high, but it has a catchy and flamboyant chorus. Its follow-up “Hello Hello” is almost more rock power pop, which feels stuck in the ‘70s reminding me more of REO Speedwagon than Queen. Lots of harmonies, especially on the choruses. Ken Murdoch’s vocals are not traditionally rock tenor-and-above rock screeching, but rather it’s quite pleasant. He is well backed by Joey Armenta on guitar, Michael Tortoni on bass, and Damian Corniola on drums. “(We All) Stand Up” is a ballad paced bit of a corny and cliché rock with lyrics that are a bit insipid; what would at one time may be called “filler.” It’s follow-ups are live (or live in studio) versions of their previous songs, “Rock is Dead”  and “I Don’t Wanna Be Like You,” which are a bit better as rockers with the band getting to exercise a bit more of its instrumental prowess (including an extended drum solo on “Rock,” and clocking in at over six minutes). “I Don’t,” which is more guitar-focused, has an Aerosmith feel during their prime. Note that all proceeds go to benefit Beyond Blue, to help those affected by anxiety, depression, and suicide. A noble cause, indeed.