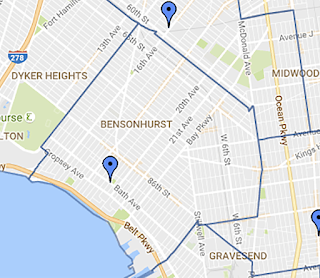 If one grew up in Bensonhurst, Brooklyn, NY, in the 1960s and 1970s, it did not matter what nationality you were, you knew someone who was associated with the Italian mob directly or indirectly, and it was like a spinal form that hovered over the neighborhood, being the nerve center that permeated the very air.

The neighborhood joke was that the mob kept the locality safe, and they only killed each other, so that made the area pretty safe. Without glorifying it in any way, there was a certain level of truth to that. Crime such as burglaries or street robberies were exceedingly low at that period. 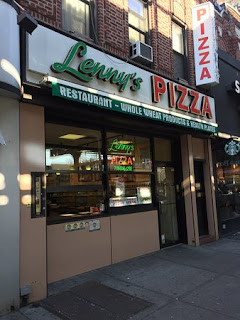 The part of Bensonhurst I grew up in was a pretty even mix of Italian and Jewish, and a smattering of Irish – although the further north you went, the higher the percentage of Italians – and an extremely limited number of Asian and African-American. Of the latter two, I only knew of two families of each. The two Asian families owned the competing Chinese restaurants (no take-out joints at that time, which would come in the 1980s) along 86 Street, between 20 Avenue and Bay Parkway. There were two pizza parlors (Neil’s, on 20 Avenue just north of 86 Street, and Lenny’s, on 86 Street just west of 20 Avenue, the latter of which was made famous in the opening credits for Saturday Night Fever) and two Kosher Delis (Hy Tulip, directly across the street from Lenny’s, and another one on 86 Street, just east of Bay Parkway, which we referred to as “The other side of Bay Parkway”; this is where the opening credits from “Welcome Back Kotter” was shot). The lone Italian restaurant was the Villa Borghese, on the corners of Bath Avenue and 20 Avenue.

Of course, there were other pizza parlors in the area, such as the Pizza Den on 18 Avenue, between 86 Street and New Utrecht Avenue, which was in the background in a scene from Steven Segal and Jerry Orbach’s Out for Justice (1991; my dad took some pix of the filming), and one on 18 Avenue and 86 Street. 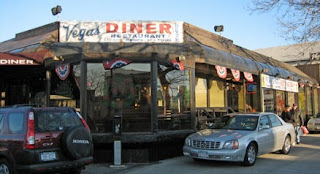 The “American” style restaurants were essentially diners, as The Richelieu on 86 Street, east of 2 Avenue and The New Dyker, next to the Pizza Den. These were all within walking distance of my abode. One of them, however, the Vegas Diner on 86 Street and 16 Avenue (closed in 2017, and is now the Golden Palace Chinese Restaurant), was known to be “connected” to the mob and one of their hangouts, but we always felt safe eating there among the wiseguys.

Being non-Italian, I still had indirect connections. For example, there were two related families in my building whose dads worked regular jobs, but according to my parents, were connected to the mob. I never saw any indication of this other than these families wore some pretty fancy church-going clothes. I did not get along with them thanks to their obnoxious and rude daughters (who were a couple of years younger than me) on both sides.

It was all around. For example, the guy who had a limp and ran the local newspaper concession below the 20 Avenue B Line (changed to the D Line since 2001), had a side business of “taking numbers” for the local mob. What this entailed (or maybe still does) is basically illegal gambling. The bettor would pick a number, and if that number showed up in a specific place in the daily newspaper, you’d win; it’s sort of alike an early, bootleg version of the Lotto. On occasion (i.e., every few months), my dad would give it a try, but I don’t remember him ever winning anything.

My first employer, Alex, from where I delivered fruit by bicycle from his shop when I was between 13 through 16 years old, sold cigarettes for the mob, including to my mother. More amusing stories about Alex the Fruit Man are HERE.  On the way to work, there were usually a guy or two sitting outside an apartment building on 20 Avenue, across from Neil’s Pizza (now called La Bella’s Pizza). They kept an eye on the area, would be the people to talk to if you has issues (such as being robbed), and possibly also taking numbers. 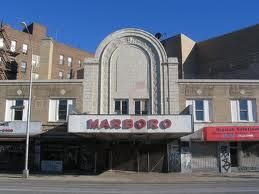 While I was an usher at the Marboro Theater on 69 Street and Bay Parkway (since torn down and a CVS Pharmacy in its place), at least three of the ushers either were connected, or related to members. When I was transferred to the Alpine Theater on 69 Street and Fourth Avenue in Bay Ridge, again, some of the ushers were connected by family to the Family. As far as I know, there were no external crimes at either theater while I was employed there (I am pretty sure some of the ushers and cashiers did have a thing with ticket swapping, and I know one of the managers definitely did).

When I worked as the typesetter for a Third Avenue Bay Ridge weekly newspaper called The Weekly (affectionately known to the workers as “The Eekl,” as the “W” and “Y” were missing from the sign out front) during the late 1970s, there was someone there whom I will refer to as Mr. M (as I don’t remember his name) who proudly claimed to be part of the Omerta. I was wondering why someone with those connections would be working for a small, community newspaper. I also didn’t question it, but we got along congenially. When a co-worker got mad at me when I insisted that Brian from Monty Python’s Life of Brian (1979) was not Jesus as the character of Jesus appears in the film, he threatened to take me outside. Mr. M asked me if he wanted me to “take care of him.” I said no for a few reasons, such as I knew it would blow over and it did, and second, I did not want to be owing Mr. M a favor. One time, Mr. M invited me over for dinner to meet his wife and toddler child. I accepted the invite, but was unnerved by the loaded handgun on the nightstand. I thought to myself, “Really? With a small child running around?” I never mentioned it to him, never went back, and lost touch after I left the job shortly after that (but not because of that incident; I got a better job as a typesetter for First Boston, a major corporation located in the World Trade Center; now neither the occupation, the company, nor the WTC exists).

I only know of two “hits” that occurred in the area around me, one being in front of a dry cleaner on Bath Avenue (technically, that’s the neighborhood of Bath Beach, but often it was combined with Bensonhurst), and the other some smart ass goombah shot by the front entrance of his apartment on 81 Street, just off 18 Avenue (across from Milestone Park, about two avenue blocks away from me) by his girlfriend’s father from Staten Island. I saw the blood stains on the street of the latter when I passed it the next day. 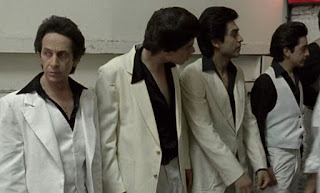 Through all these encounters, I never once felt personally threatened by the presence of the mob, though many of the bullies I have encountered in my life were the Tony Manero types who had connected family and had the cocky “do you know who my dad/uncle is?” attitude and ego.

All that being said, if you grew up in my neighborhood at the time I matured…well, aged into adulthood, there was a little bit of Italiano that crept into your life, your personality, and very being. I have been told that when I read Spanish aloud, I do it with an Italian accent. 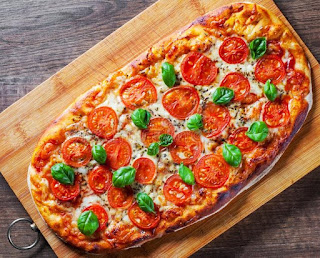 True digression story: I was visiting my Aunt Elsie and Uncle Al in Lauderhill, FL, in the early 1980s. Elsie asked me to go to the strip mall across from her condo and order a large pie from a shop called “New York Pizza.” I went in and ordered it. The guy behind the counter took out the pie dough that’s 12 inches across. I said, “No, a large pizza,” as a large in Bensonhurst is 18 inches. He responded, “This is a large pizza,” in an accent familiar to me. So, I replied, “No, cougino, not molto poco, I want molto grosso, capisce? Then he said something to me in Italian, to which I responded, quite truthfully as I only know a few phrases, “Non capisce Italiano.” He squinted his eyes and said, “Where ya from?” I said, “20th and 81st.” No avenue, no street, just the numbers. He smiled and said, “I’m from 78th and 18th,” just a few blocks away. While we talked about the neighborhood, he took two 12-inch pies and melded them together so it took the shape of a race track, and made that into my pie. He broke two boxes so it would fit, and taped it up, charging me for one. That piasan was a mensch.

Over time, the neighborhood changed. Many locals thought it was a bad thing, but I believe it was for the better. As my generation moved out to the suburbs or Staten Island, it created a void that was filled by especially Russians and Chinese, but there is also Mexicans, Polish, Kosovo Albanians, and so many others. Ethnic shops and restaurants now abound. As the storefront of American and International Foods, where Alex’s fruit shop once sat, states, “Foods from Israel, Turkey, Italia, Spain, Bulgaria, Egypt, Russia & Europe.” Diversity is good. Whether the mob still has influence on the area, I have no idea. Perhaps they either share the space or have been replaced by the Tong and Russian mobs, I could not tell you as I have not lived there for a while.