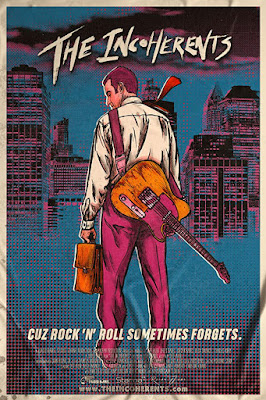 Every decade seems to have some nostalgia for twenty years or so earlier, especially when it comes to music. The ‘70s had American Graffiti (1973) and “Happy Days” with a resurgence of early rock and roll, for the ‘80s it was for the British Invasion and ‘60s garage sounds, the ‘90s was looking back at the First Wave punk, the early 21 Century saw a resurgence in hardcore and bands like the Sex Pistols reformed, and now we’re looking back at grunge and Indie rock, with bands like the Pixies, Soundgarden, and even the Dictators coming back for reunion tours. And that’s where this release starts to take off. 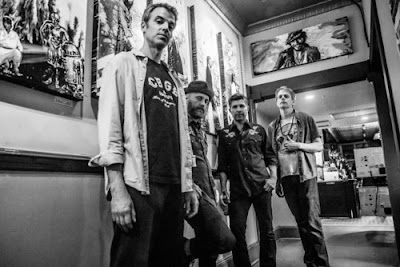 The imaginary band in question in this dramedy is the titular The Incoherents, an Indie band that had some friction back in the 1990s, released an album that had some cult-level fans, and then the reality of family and responsibility of employment started to kick in, with he band dissolving into some-normal lives filled with “coulda-been” dreams.

That’s when the nostalgia plays its hand. The ex-bandmates are all in their forties at this point; their rock stardom aspirations, like so many, have fallen to the wayside, such as vocalist and rhythm guitarist Bruce (lefty Jeff Auer, who also wrote the film and co-penned the songs), lead guitarist Jimmy (Alex Emanuel, who is the other half of the songwriting), bassist Keith (Walter Hoffman) and drummer Tyler (Casey Clark). And like the Blues Brothers, they decide to put the band back together again.

Bruce is working as a paralegal drone in a law office (a job Auer actually once performed), Tyler in a wedding band, Keith as a city planner who is vegan (and everything that it stereotypically entails), and Jimmy runs the Lucky 13 bar in Brooklyn (as an FYI, Josephine Blownaparte, lead singer of punk band Chesty Malone and the Slice-‘Em-Ups, who I’ve seen a few times, was a bartender there at one point). Other venues shown include Boston’s The Middle East and the late, great Maxwell’s in Hoboken (during its later “Tavern” days). 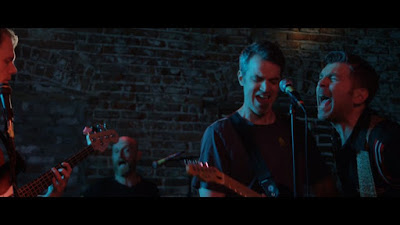 I like that they don’t talk down the viewing audience. For example, when Keith reminisces, “Remember the first time we played CBGBs, and I realized I was standing in DeeDee’s spot…” They don’t feel a need to explain who or where, they just go with the flow and assume the audience is astute enough to know. I mean, if you’re into Billy Eilish, Toby Keith, or Drake, I’m going to guess that you’re not going to be watching this film anyway. There are so many name drops, both mainstream and obscure, that there are plenty of a-ha moments guaranteed to make you smile when you make the connection. Make sure you check out the tee-shirts that are worn by the cast throughout, which range from mainstream (like AC/DC) to the obscure. Of course, there are multiple CBGB shirts of various hues.

What is nice is that so many of the people involved in this film are also related to the music business in one form or another, including cameos by the two relatively big acting names: Annette O’Toole won an Oscar as songwriter (for A Mighty Wind), and Amy Carlson, who is recently known from Blue Bloods, has her own music label (Frenchkiss Records) and has been in a grunge band or two. Then there are the occasional musical cameos, like Chris Barron, the vocalist of the Spin Doctors, Richard Barone (The Bongos!), Fiona Silver, and Joe Hurley. 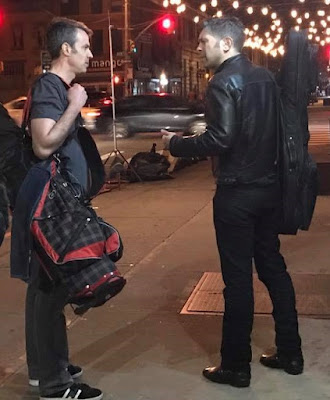 And how are they as a band? Well, it’s kind of grunge pop that was popular in the ‘90s without the hard edge of the Seattle sound, mixing in harmonies with crashing guitars, and no riff that will necessarily stick in your brain with an ear worm beyond the song (a general flaw of rock’n’roll in that time period, in my opinion), but they are okay. The musicianship is fine, as they play their own material, which I respect. The sound is palatable for any general audience that would be watching this (again, not necessarily fans of mainstream pop or some other genres).

A couple of musical aspects that impressed me is how the film also showcases some other bands as well as this one, and that the characters feel real, rather than like cartoons (e.g., Sid and Nancy, Bohemian Rhapsody, Room 37: The Mysterious Death of Johnny Thunders, and especially The Dirt). 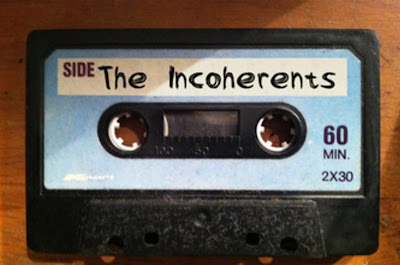 While the story follows a bit of a “history of a band” formula – the band (re)forms, woo-hoo exciting moments as things start to go well, and then (old) resentments (re-)arise within the band. But this also plays around with it, giving it more texture and history, with the addition of family and work responsibilities of 40-something-year-olds, and those lives clashing with the backstage antics of sex, drugs/alcohol and the temptation of groupies. Yes, even for those in their 40s. Rather than overwhelming the audience with excess like they did in the telenovela version of the aforementioned The Dirt, this is more realistic for bands at this level of (burgeoning?) fame.

Whether you like this genre of music or gave up on it by the time grunge came around in the early 1990s, the story is still compelling and the sound is not offensive (i.e., not Top 10 sonically flattened and auto-tuned). Even though it hammers home the truth about the mixture of music, business and the overabundance of social media in today’s scene, it is a good story, with pithy moments and above average acting.

Speaking of nostalgia, this review is dedicated to Little Richard, who passed away the day it was written.