Review: Anti-Nowhere League – We Are the League: How Deep Do You Want It? (Special Edition DVD and Soundtrack CD) 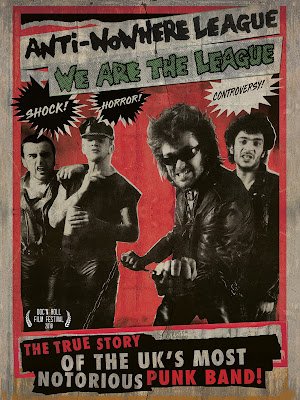 Anti-Nowhere League: We Are the League – How Deep Do You Want It?
Directed by George Hencken
Cleopatra Entertainment / MVD Entertainment
103 minutes, 2019
www.Antinowhereleague.com
www.cleopatra-entertainment.com
www.mvdb2b.com

Wikipedia lists the band as “hardcore,” but in my opinion, The Anti-Nowhere League (ANL, as they are commonly referred) were a cross between the hard-hitting pub band The Stranglers and the solid outrageousness of the Sex Pistols. But there’s no getting around the power of one of their anthems, “So What,” that is so filled with profanities and outlandish sex acts that it was not played in the States at all. They never really made it on this side of the Pond, and that is not surprising for that reason. People here were already nervous about bands like the Pistols, and the wilder the non-American group, the less chance they had of being played or booked.

Around 1983, I worked on a taping of New York-based cable access show “Videowave,” and one of their guests was the Anti-Nowhere League. Now, it’s been multiple decades and my memory may be shaky, but I remember it being sort of like when the fictional punk band The Scum of the Earth appeared on “WKRP in Cincinnati,” where they were somewhat polite until the camera came on, and then they went extreme. No, ANL didn’t destroy the set, but they were more aggressive until the cameras turned off. 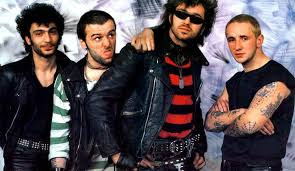 After seeing this film, I understand the dichotomy a bit more: they come from the mostly lovely Royal Tunbridge Wells, a suburban metropolis about 30 miles southeast of London (Jeff Beck and Sid Vicious are also from there). Like most towns, it has its dark side, and that’s where the four core founding members of ANL began and mostly wound up. They include Nick “Animal” Culmer (vox), Chris “Magoo” Exall (guitar), Clive “Winston” Blake (bass), and PJ (drums).

The juxtaposition of seeing the idyllic town centre and these rough and burly guys is a head scratcher, in a good way. The band started, essentially, on bravado and chutzpah, and that worked for them. At first a biker “gang,” they decided to try out as musicians after seeing the Damned. Animal’s description of this is quite amusing, going from “greaser” to “teddy” overnight (though would anyone argue that their look was still the former?).

Through persistence and a communication with Damned drummer Rat Scabies, they finagled an opening spot on a Damned tour as their first gigs. Quite brazen, but it worked. They couldn’t play very well yet, but it got them noticed. Scabies is also interviewed often on this documentary, and he has come out as sort of a punk guru master. When I saw the Damned a number of times in the 1970s at CBGBs, he was definitely a wild card, which is saying something since they were sharing a bill with the Dead Boys. But I digress…

ANL managed to hook up with a manager, John Curd of WXYZ Records, who released their single with the flipside of “So What.” After much controversy and censure by the government (not to mention the seizure of thousands of copies), they released their album, We Are the League, which is arguably one of the strongest grunge punk albums of the time, and certainly a precursor to hardcore (as were the Damned and the Dead Boys).

This is partially expressed in the behavior of the bassist, Winston, who would do things (described in disgusting detail here) that was certainly a foundation for the stage show that would become the oeuvre of GG Allin. Outrageous actions were hardly his alone though, as they debauched and “went off the rails” as Animal describes it. 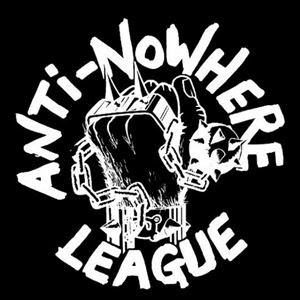 One thing the documentary brings forward that was completely new to me is that they were the stars of an unreleased tour documentary called So What!, directed by The Police drummer (again with the drummers), Stewart Copeland for his first release as a filmmaker. Supporting ANL on the tour were Chron Gen and Chelsea. Copeland describes the experience, but despite his accomplishments, he comes across as preening and condescending here. This film is so obscure, it’s not even mentioned in the IMDB, though you can see some limited clips on YouTube.

Just as the Damned had successfully morphed into Goth (i.e., when they lost me), the ANL tried to change with the times (they refer to it themselves as “selling out”) with much less success. And at the two-thirds point of this film, as they morph into a more mainstream sound and personnel changes start to fly starting with the removal of PJ in the mid-to-late 1980s, the documentary starts to fall apart as well. As brilliant as the first two-thirds is, the last act becomes a bit tedious in their wallowing.

The Kent accents are thick as fleas and captions would have been a help for those of us non-Brits, so there are parts I had to play over to make sure what I heard was correct, but overall it’s not too bad (I find volume control helps), but overall the film was worth the watch. I personally wish ANL were less obscure here in the States, as they were a fun band. Also, I wish I could have seen them play live (they did limited tours of the States). 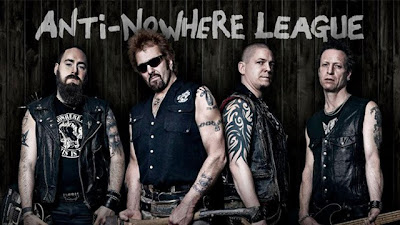 As for the extras there are a number of extended interviews, lasting from 1 to 11 minutes. During the PJ interview, I wanted to hear more about the trouble he had with prejudice going through customs and small townships, as an Iranian; this was discussed in part during the film, but by other bandmates. To me, this was a failing by the filmmaker, even if it ended up in the extras. For the rest, I understand why they were excised from the main release, but I’m also glad to have seen them. Also included is a slideshow of posters, live shots, etc., and the film’s trailer, along with a bunch of the Cleopatra Entertainment label film coming attractions.

Of course, the big extra is the 19-track CD of previously unreleased live performance material from 1982, which will show why they were so important at the time.

This is definitely a cock-heavy film, with almost no female presence, so amusingly at the end credits, there is a declaration that “This film refused the Bechdel test.” This made me laugh.

CD track list includes:
We Are the League
Can’t Stand Rock N’ Roll
For You
Snowman
Streets of London
World War III
Wreck a Nowhere
Nowhere Man
I’m No Hero
Women
I Hate…People
Animal
So What
Let’s Break the Law