Where the strong women singers start their albums with the same few words... 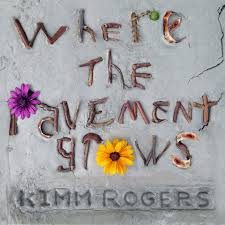 
I’m not sure how I first became aware of Kimm Rogers, but I know it was when her first Island Records release, Soundtrack of My Life, was out in 1990. I fell in love it with it, and it’s one of the few song collections I own in more than two formats (LP, cassette, CD). First I gave a copy of it to my then girlfriend (now spouse), then passed it on to others as well; we all became fans. The video that came out of it was “Right By You.” Honestly, to me, it could have been a dartboard choice because every cut on it was worthy. They self-examine her place in life, both in a small focus and writ large.


One more full release on Island in 1992, Two Sides, also had a powerful video attached, ”Will Work For Food,” a political piece about the impoverished lives seen strewn around major cities.


And what do I enjoy and appreciate about Kimm? Many reasons, but essentially it’s that she has her own, unique voice, both figuratively and literally. Her vocals are distinctive, and is easily identifiable as hers, such as with the likes of Patti Smith, Lucinda Williams or Emmylou Harris. What’s more, she has a slightly different way of enunciation, with the push of certain syllables, and her songs bend in ways that are her own.


Twenty-two years later, she has once again put her heart on the line with her latest, self-released Where the Pavement Grows.  Fortunately, as usual, all the songs here are her originals. There is a definite growth in song writing here, yet without losing anything that is what I have come to like about the singer-songwriter. A good example is “Twenty-Three,” which is sort of a mirror refection look back to the song “2-0-19,” from her first album. In the earlier, she wonders what life will look like in the future compared to the time, and in the more recent, she thinks back from today compared to when she was younger. This is just one of a number of up-beat numbers that will both have you thinking and tapping your foot. Even her mushy love ballads, such as “Rain,” and “Gravity” (the latter of which would make a great film theme song) keep your heart warm.


Jazz and Rock musician Julian Coryell does magnificently in keeping Kimm’s voice in the front without losing any of the sounds backing her, many of which are played by himself. It’s crisp and the vocals are clear. Still, the big sounding “Eventually,” full of memorable lines like “I’m not killing time it’s killing me / I’ll end up where I’m supposed to be / Eventually,” never loses itself into excesses.


This is a very measured, seasoned release, taken from a different perspective from her earlier life, though obviously through the same eyes / style. There is growth, maturity in both lyrics and fluidity, even when looking at the harder aspects of existence, such as the title cut or the doubts of “Valentine’s Day.”


It may have taken over two decades for this to reach its present form, but it was worth the wait.  Check out the video below as a sample and then head on to her Website. Meanwhile, I’ll hope she’ll tour so I can finally get to see her perform live. 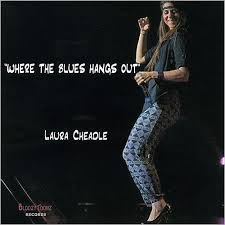 Another artist I have not yet had the opportunity to see live but am bidding my time is the luxuriously sounding Laura Cheadle. Don’t let the pictures of this young, white thang fool you; she can both blast the blues and R&B (and I mean the real stuff).


How do you know she’s solid? Well, for starts, she writes most of her own material, along with the Cheadle family who usually support her both in the formation and performing aspects. And yet you can imagine the likes of Ella or Bessie feeling at home with these tunes.


Then there is that voice. Not the gravel of, say, Janis, but more of a sexiness, late-night lovin’ vibe that relies strongly on her powerful vox, various keyboards and hot electric Northern Blues guitar style (Chicago/Detroit). Oh, and there is the occasional use of 20 Feet From Fame type backing boys or gals. Despite being a “home-grown” South Jersey recording, the production is slick without being slick, if ya know what I mean.


Many of Laura’s songs deal with love and loving, and her voice wanders the R&B scales without being a show-off about it (e.g., Mariah and Xtina, who I find boring for that reason despite their talent, unlike Laura). Whether she’s purring like on “The Best That It Could Feel,” shimmering as with “This Life Is Made to Dance,” or shattering on “Blue Sky” and the title cut opener, she will keep your attention.


Then there are numbers where she does it all, like the cover of Lil’ Son Jackson’s “Rock Me Baby” that would have fit on the stage of the Fillmore, both East and West (see video below). Her choice of covers is smart, such as a live version of T-Bone Walker’s “Call It Stormy Monday,” or the Gershwin/Howard standard, “Summertime.” The latter is done is a deep tone making it just sizzle, as it was meant to be. Sometimes in previous recordings she leans towards the sexual, but here she’s waist deep in the sensual.

Cheadle constantly pleases, with a voice that’s a mixture of honey and velvet, with a touch of vinegar. It’s also a bit timeless. I could imagine her singing in just about any era in the last 80 years or so. On the stage of the Cotton Club, the Apollo, the Blue Note, any jazz festival, or even Woodstock, she could find a place to be comfortable. That’s quite the range. For someone who is as prolific as she has been over the past few years, the quality of her work seems to be still on the incline. And I’m grateful.