Review: Picture My Face: The Story of Teenage Head 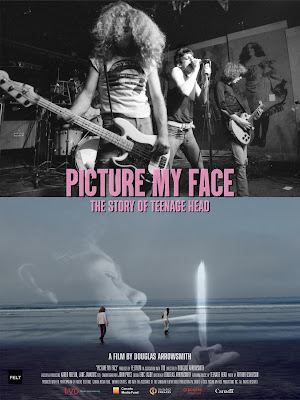 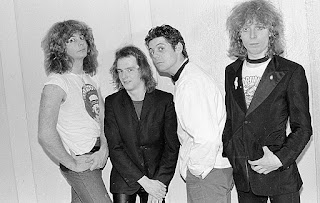 Every city’s music scene has a band (or bands) that turned the knob to the next notch. For the Glam-to-Punk phase of the 1970s in New York, it was the New York Dolls. In Boston, it was arguably Willie Loco Alexander and the Boom Boom Band. And for the Toronto-Hamilton area, Ontario, there was Teenage Head, who took their name from an album by a West Coast version of this same principle, the Flamin’ Groovies.

Thanks to then-rock-writer Dawn Eden, a friend who also wrote for my ‘zine, I got to see the Hamilton-based Teenage Head play in a small club called Tramps in New York in the late-1980s, though it was after original lead singer Frankie Venom left the band and was replaced by the effervescent Dave Rave (aka Dave Desroches), who still does the vocals to this day (along with his many other projects) and appears with his ever changing hair length in this documentary on the band.

It’s hard to explain just how important Teenage Head was to the Toronto metropolitan scene. Without them, there may not have been the Diodes, the Viletones, and so many others (check of Liz Worth’s excellent 2009 oral history of the Toronto scene, Treat Me Like Dirt after you watch this film).

You say you’ve never heard of Teenage Head? Well, first of all, this is your clarion call to go and check out their amazing catalog, including my fave cut, “You’re Tearing Me Apart” (which is not used here). But more importantly, whether directly or indirectly, much like Johnny Thunders, the sound of their influence goes beyond their name, especially for bands in Eastern Canada. 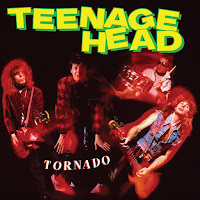 The film opens up with archival footage of the band playing at the Heatwave Festival in the heat of summer of 1980 in Bowmanville, Ontario, just west of Toronto, before delving into the history of the band’s formation. What I like about this approach, is that rather than a series of talking heads (more later), we meet the band as people rather than either super rock stars or seriously flawed humans (think of docs you’ve seen about, say, Janis, Jimi or even Sid V.). The band convenes at late lead singer Frankie Venom Kerr's grave (d. 2008; cancer) as we are introduced to guitarist Gord Lewis, bassist Steve Mahon, and current members vocalist Dave Rave and drummer Gene Champaign.

There is some loose chronology to the documentary, as it follows along their near-fame trajectory that was sidelined first by a highway crash that temporarily paralyzed Gord, which took them out of their touring mode and the recording of their third album, as other bands filled the spot that was meant for them (but not as well). 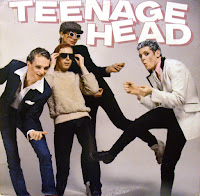 A large portion of the film deals with Gord’s struggle with depression following Frankie’s passing, the second major hit the band took. This reminded me of the film New York Doll (2005), which focused on Doll’s bassist Arthur “Killer” Kane’s similar issues. The fact that his back was shattered in that crash which caused the band to slip out of momentary prominence I’m sure is part of that as well.

As I said, the film does not glorify the band, nor vilifies them, but rather shows them dealing with adversity while being incredibly talented musicians who just never got the wide-scale recognition they deserved through no direct fault of their own. I believe that this documentary is all the more captivating because it makes it identifiable, not with some pie-in-the-sky lifestyle that most can never achieve, but by bringing it down to both the human scale and the humane. 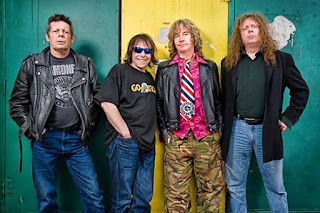 There are some talking head interviews thrown in, including Nina Antonia who arguably wrote the definitive books on The New York Dolls (Too Much Too Soon, 2005) and Johnny Thunders (In Cold Blood, 1987), and rock writer Jon Savage, author of the British punk history England’s Dreaming (2004). Showing up sporatically is Marky Ramone, who worked with the band on their 2008 CD Teenage Head with Marky Ramone. He states at one point, “Frankie Venom was like Johnny Rotten,” but I respectfully beg to differ, as I feel Frankie was closer in movement and ferocity to Stiv Bators. Rotten would lean into the mic and roam around like an angry bull, but Stiv would be all over the stage and was oft jumping in the air, much like Frankie. Also making an appearance is guitarist Rob Baker of the Kingston band The Tragically Hip, who gives some insights into what it’s like when your lead singer is gone, with the passing of the Hip’s vox-meister Gord Downie in 2017.

As much as this is a film about their history, including some great live footage and archival interviews with Venom, this is also about their reformation 40 years after they started, now with Dave Rave out front (whom I’ve had the honor to know casually over the years), thanks to Warner Bros releasing to some success a collection of lost tapes from when the band was at its peak, Fun Comes Fast, in 2017.

We watch them prep to play at a bar I had always wanted to visit in Hamilton, This Ain’t Hollywood, which closed during the summer of 2020. But as the film begins with the huge Heatwave Festival in 1980, it concludes with the gigantic CFL Labour Day Classic Halftime Show (Hamilton vs. Toronto) in 2019. 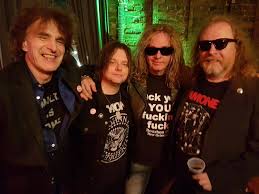 This is certainly not the feel-good film of the year as far as the cult of celebrity goes, but it is important. Teenage Head are a band that deserves recognition, both for their sound and also their non-music history. They are four dudes trying to make the best of their lives, and that message is presented in a palpable form that is neither depressing nor exalting, which is the perfect pitch. Great job.