Many of the houses were left wide open and ranged from either ransacked at some point, or actually relatively intact. The town of Robsart, as of 2001, had 15 people living in the town, in 11 residences, but the town was larger in its existing form, with most buildings abandoned.

Here is the eighth part a photo journal of the trip, with descriptions. There was so much to see in this town, Robsart was broken up into two blogs, the first being published May 30, 2010. The images can be enlarged by clicking on them.

A leaning house, not in Piza. 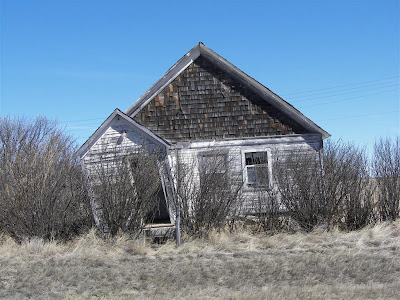 A rusted and lonely play yard behind a house. 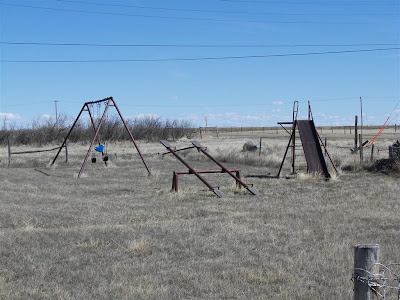 This house was in sorry shape, as it has been converted into a chicken coop and animal pen; though it was empty, it was obviously still in use, full of feathers and animal crap. 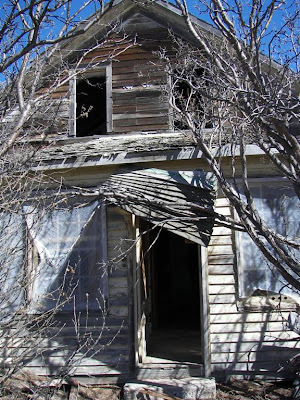 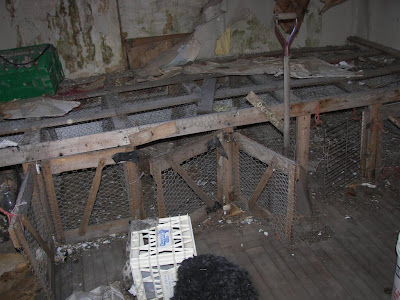 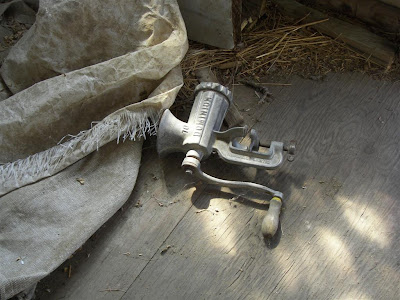 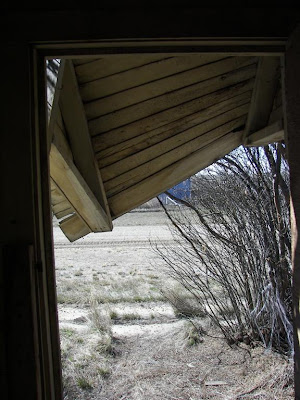 The town repair garage. There was still a car in its bay. The tail end of the building was being held up by a 2x4. 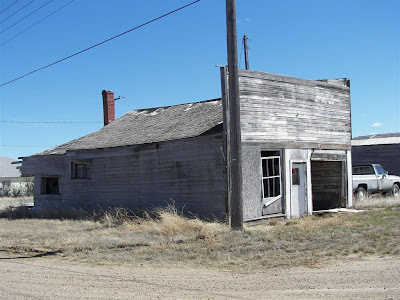 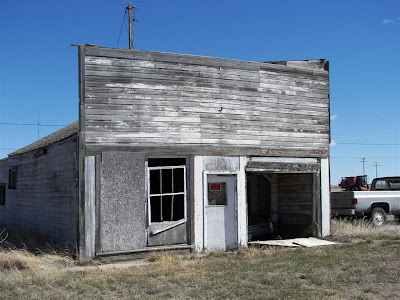 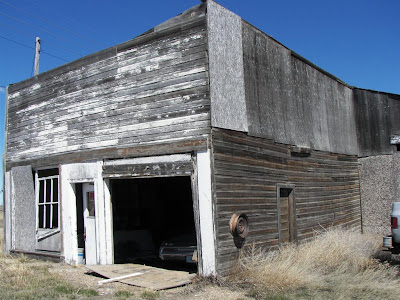 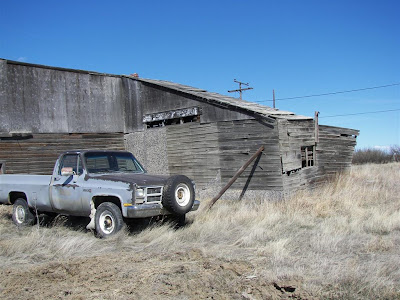 Beaver Lumber, the local hardward store. Inside was packed full of odd things, like a "Last Supper" towel on a chair, 8-Track tapes, some records (in rough shape), a bunch of cash registers and adding machines of various vintages, and some old community newspapers (mostly from Alberta) dating from 1949 until 1963. 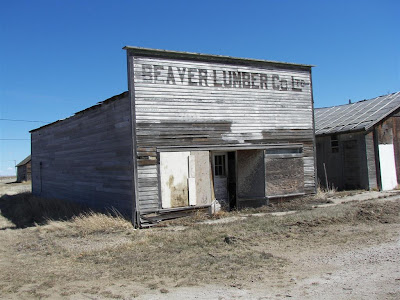 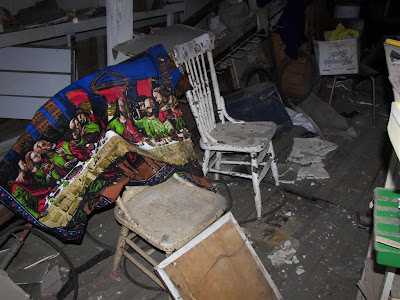 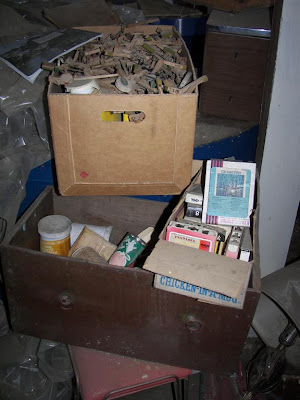 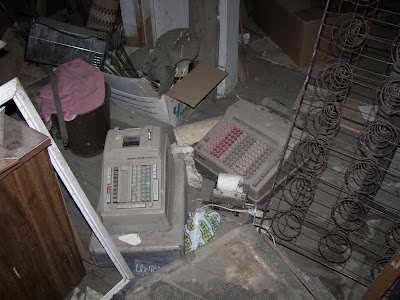 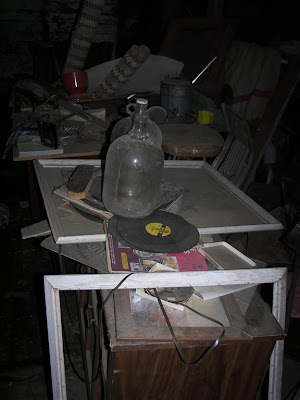 The grocery store, with a large bay door for supplies. 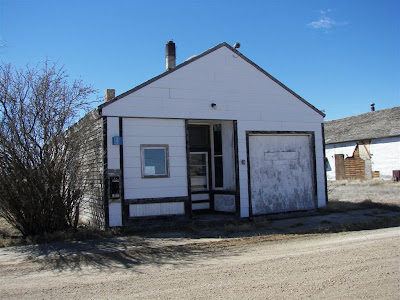 I'm guessing this was a gas station at one time (Texaco?); or perhaps where the local coven meets. 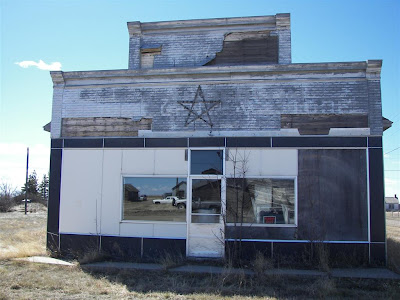 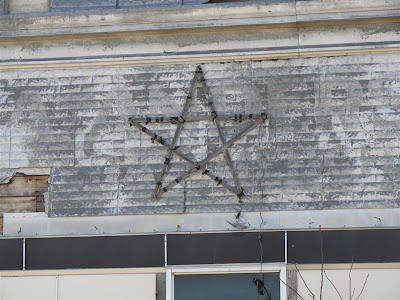 The second big house in Robsart, this one closer to the center of town. 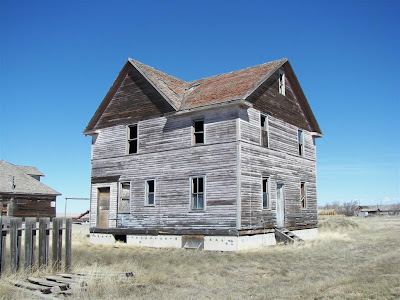 Many old cars were parked behind the second big house. 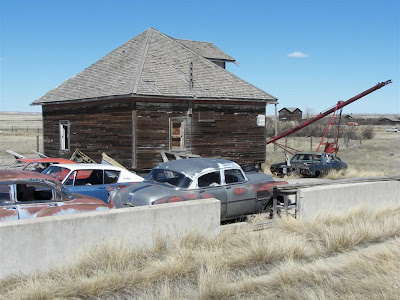 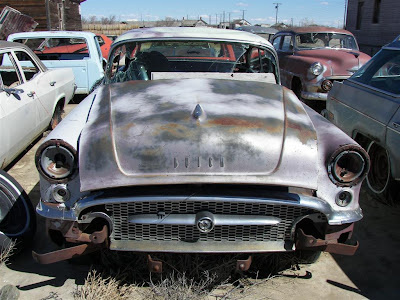 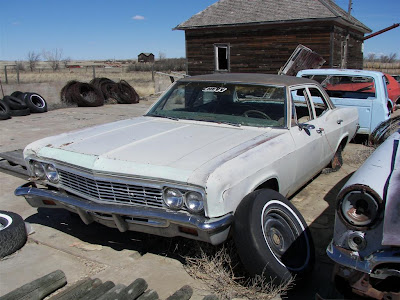 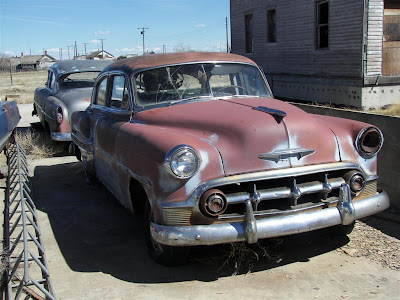 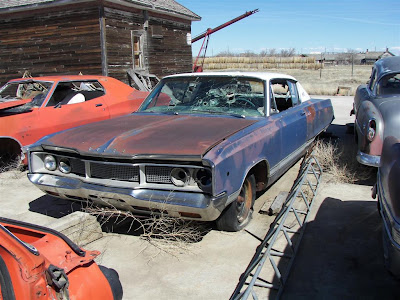 A truck out in the field near the second big house. 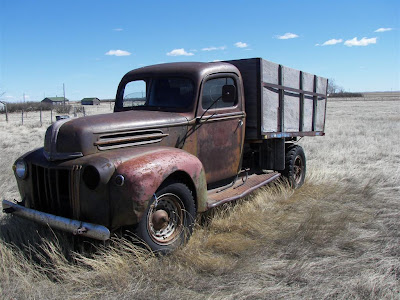 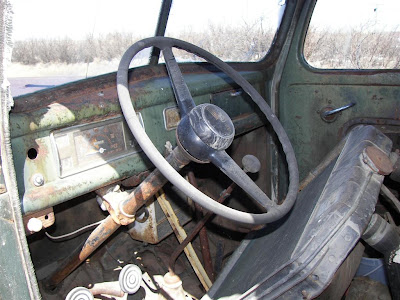